In what seems to be a yearly event, Save Jerseyans, control of the Freeholder Board of the most populous county will be at stake once again in 2015. Democrats currently control the board with a 5-2 advantage, but with the Democrats having to defend the seats of Steve Tanelli and Tracy Zur, alongside union strongman Tom Sullivan running to serve out the rest of the term of now County Executive Jim Tedesco, Republicans can take control for the first time since 2012 by taking at least two out of the three seats.

When Republicans first returned to power in 2010, John Mitchell was one of the individuals who won a seat on the board by a commanding margin. Mitchell is running again this year after losing by a margin smaller than the total size of some larger nuclear families in 2013, so I caught up to discuss his campaign, his ideas for the county, and what he is going to do to have a victory as large as his 2010 trashing.

For those of you who may not know John, one look at his Facebook page and you will see there is no harder campaigner in Bergen and perhaps the state.  What impresses me about John is not that he attends every campaign event you would expect a candidate to attend, but he is doing the type of outreach many Republicans only talk about, visiting Korean festivals, minority churches, disability support groups and anything else which allows him to get a better gauge of the entire Bergen County community.

A proud Rotarian, Mitchell has had a strong passion for community service and giving back long before his later in life entry into the political realm. A typical day seems to consist of a 5AM train stop, a breakfast, a business lunch, door knocking and two or three festivals or community events.  John Mitchell does not just talk about outreach, he is an embodiment of it which every candidate should seek to emulate.

I asked him what his most important priorities were, and it is clear from his short answers alone why John is a strong candidate.  While most politicians like to boil everything down to taxes and spending without expressing a clear vision, John has two priorities which are solutions, not just talking points.  First, he espouses a strong belief in “zero budgeting” and second, he believes that our spending priorities should begin with caring for the disabled instead of worrying about them after the other areas of political pork have been dealt addressed (as Democrats have done for years).

“If county departments have a budget, they should be forced to defend every dollars they spend,” Mitchell explained when I asked him about his commitment to zero budgeting. “Instead, Democrats simply accept a certain amount from every department and only make theses departments defend extra money they want to spend.”

While it would seem common sense and logical that this is the way any government body should do business, Save Jerseyans, the Democrats in Bergen County are not interested in smart budgeting and stabilization of taxes.  Mitchell cites his work on the board of stabilizing taxes and says he would seek to return to this method and the better governance that occurred under his tenure as chairman. 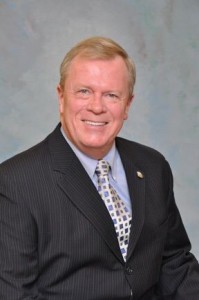 Mitchell’s other goal – better care for the disabled population – is deeply personal as much as it tells us about this governing philosophy. “I believe in limited government, but the first goal of government should be to provide services to the most vulnerable,” he told me, visibly getting more passionate about the topic as we progressed.

He has opinions about how others run their campaigns, too. Mitchell lamented other Republicans’ reluctance to get behind disability advocates and stated that our elected officials should be judged heavily upon what they do for the communities who cannot give back to them. While it may be politically advantageous to dole out money to groups which can line your pockets with campaign contributions, this is the worst form of public service and the modus operandi of the Bergen County Democrats. John thinks it’s time to call them out on it.

“New blood” keeps government’s gears turning, but while Mitchell might not be a new face to Bergen County government, the county will be better off returning to the days of tax stabilization brought by John Mitchell. In any event, this is one politician who never found himself “out-of-touch” with Bergen County because he never removed himself from the larger-Bergen community. His track record as a conservative, a campaign animal, and a champion of the taxpayers, is something there is not enough of right now at One Bergen Plaza.

When John Mitchell speaks, you know he means what he says, and like he did in his first go-around, you can be sure he will keep his promises to the voters, something which is becoming more and more novel these days in American politics.

You can find out more by following John on Facebook; I promise you will be impressed.