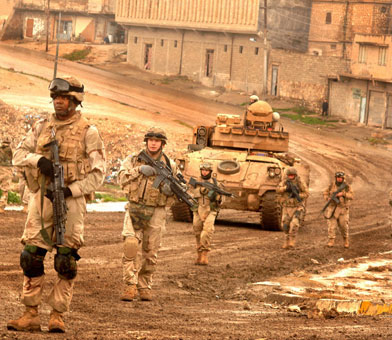 Just when you think our Commander-in-Chief couldn’t do something more outrageous to prove he doesn’t deserve the job, Save Jerseyans, he goes out there and vetoes a pay raise for our troops.

“There is no greater constitutional duty than to provide for the common defense,” Lance explained. “President Obama’s veto of the bipartisan National Defense Authorization Act threatens our men and women in uniform at home and stationed around the globe, complicates the services and expectations of their families and it undermines our military strength and preparedness at a very dangerous time in the world. This bipartisan measure was vetoed to make a political point. I hope to have the opportunity to override the President’s distressing veto of this critical piece of legislation as soon as possible.”

What else could I add? That you’re not already thinking?

One thought on “Lance: Obama’s veto “threatens our men and women in uniform””