OPINION: Yudin must resign having failed to unite the BCRO 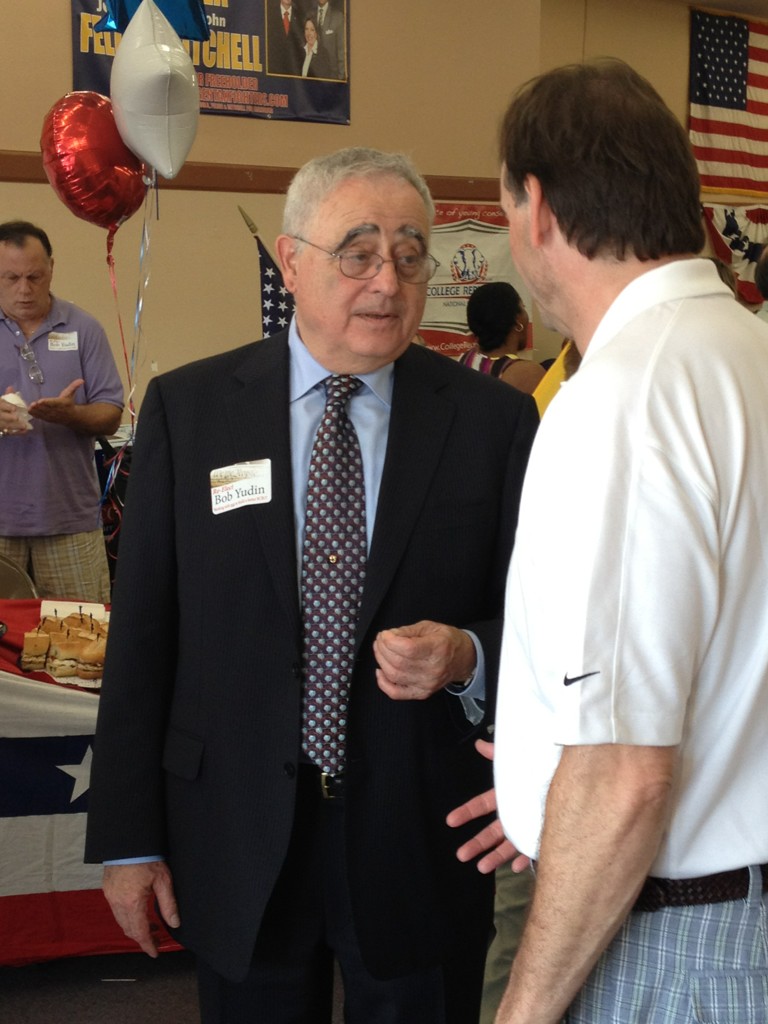 By Giancarlo Ghione | The Save Jersey Blog

The Bergen County Republican Organization is in dire straits.

The question of leadership is one that consumes most conversations when talking about the BCRO. Leaders do not point fingers and play the blame game but take responsibility at their faults. Uttering the words “I accept responsibility,” is not enough to right four years of losses. A leader does what is right even when it’s a tough pill to swallow.

The day after former County Executive Kathleen Donovan lost her re-election bid, BCRO Chairman Bob Yudin called on her to drop a pending law suit against the Bergen County Sherriff’s Office. She did just that, and now Yudin is being called on to resign.

I have no doubt that he gave it his very best to win this year, but it is obvious that failed leadership has done nothing but create fracture groups within the organization. It was his responsibility to quell the in-fighting, something he simply could not do. There is fogged judgment on Yudin’s belief that we can have soaring successes under his leadership.

So far, he has blamed the infamous book for Anthony Cappola’s take-down of the District 38 race and the towns within, and that our campaign expenditures could not match up to the Democrats. While they are compelling points, at the end of the day, everything comes back to a leadership vacuum. We are facing a well oiled machine and it is time we respond. The job of the chairman is to endorse the best candidates, unite everyone around them, and to court donors. Times are tough, and people will be hesitant to donate to a campaign when there is an empty suit leading the charge.

By not unifying the party last year during Donovan’s election, Yudin opened the floodgates for future losses.

Kathe governed just as her job entailed. When we lost that election, we lost a bulwark of our party. Hate it or love it, that is fact. She was a consistent face for Bergen County Republicans for upwards of 20 years. The chairman should have united all party members behind the elected leader, even when they have fundamental differences. A public endorsement from our Republican County Sherriff (background: the Sheriff and Kathe were in the middle of a huge disagreement) highlighted an absence of leadership at the top.

Infighting is expected, but it is imperative we keep it from public viewing.

You’re probably saying, “Why is this kid jabbering about last year’s election; it has nothing to do with this year’s races.” Wrong. When an elected leader publicly dismisses a fellow party member, why wouldn’t the non-elected official do the same?

It was obvious that Joe Crifasi, the District 36 Chair, did his job. As Lou Stellato said, “We won towns [Oradell, Glen Rock] in Bergen County that we never dreamed of winning!” The same happened in 36 in towns like Wallington, where clear leadership was present. By letting these factions arise, we lost out on an opportunity to have Ed Trawinski be DiPisa’s running mate. Ed was dispelled and cast as a Donovan demagogue by municipal chairpersons, and they got exactly what they wanted, while the Democrats got exactly what they wanted, too.

If we cannot maintain the towns in upper Bergen, our victories in District 36 will only be offsetting what we are losing in 38’s towns.

Now that this year is over and done with, next year’s elections are arguably the most important in the BCRO’s recent history. We needed to win this year to create a presence on the Freeholder Board, but next year we will be fighting to hold onto all that we have. I’m not saying that Bob doesn’t have a role to play within our organization. I truly believe that we are the big tent party and there is space for everyone. However, when a person lacks leadership qualities, they cannot have a leader’s title.

It is time for current “leadership” to leave, and new leadership to enter. Ignoring this, is ignoring the inevitable.
_____

7 thoughts on “OPINION: Yudin must resign having failed to unite the BCRO”

Giancarlo Ghione of Lyndhurst, New Jersey is executive director of the Bergen County GOP and Chairman of the New Jersey Young Republicans. Read Full
More posts by the Author »