Lance: Taxpayers should get to see what they’re paying for! 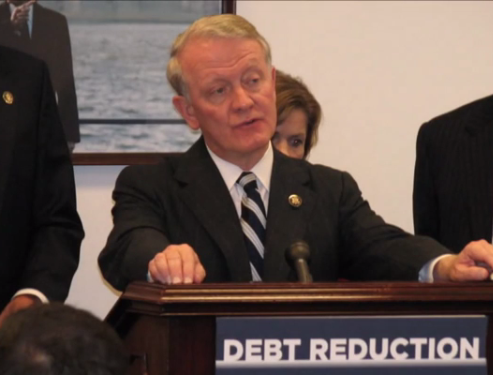 On average over the course of any given year, Save Jerseyans, you and I contribute tax dollars to $107 million worth of “Congressional Research Service” (CRS) reports on topic ranging from ISIS to Obama.

But guess who can’t see them? The taxpayers.

Our friend Leonard Lance (R, NJ-07) wants to change that. He took to the House floor before the Thankgiving holiday to push H.R. 34, a measure he co-sponsored with Illinois Democrat Mike Quigley to make all of these reports (about 1,000 per year) viewable by the public:

This week Americans for Tax Reform joined the chorus of advocacy and good government groups calling for Congressional Research Service reports to be available to the public. In its letter of support, Americans for Tax Reform said that opening CRS reports to the public is a common sense proposal that will increase transparency giving taxpayers greater access to important information and enrich public knowledge.

The taxpayer advocacy group pointed out that the rules casting CRS reports into secrecy are outdated and unnecessary and these reports belong in the public domain. U.S. taxpayers support the work of the Congressional Research Service to the tune of more than $100 million a year. It is fiscally responsible and good public policy to allow educators, students, members of the news media, and everyday citizens access to these taxpayer financed reports.

I urge my colleagues to join Congressman Mike Quigley and me in our bipartisan support of HR 34 which will open CRS information to the public. These reports are paid for by taxpayer funds. Taxpayers should get to see them.

5 thoughts on “Lance: Taxpayers should get to see what they’re paying for!”