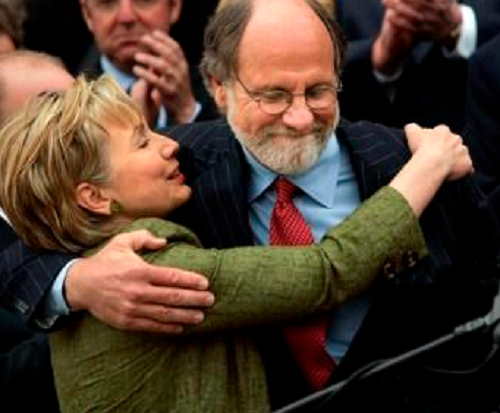 Leave it to The Star-Ledger to slavishly carry water for Hillary Clinton, no matter how fetid or stagnant it is.  Your supply of five-gallon buckets must have been exhausted by an editorial dismissing her horrific email scandal as “less than meets the eye.”

Of course it’s less than meets the eye when the eye is deliberately blind to the truth.

Secretary Clinton’s sins have nothing to do with over-classifying documents or what others have done. It’s not up to her to decide what is or isn’t a national secret. She swore an oath to abide by the law, and she didn’t.

Consider this from The New York Post: “The FBI is investigating whether members of Hillary Clinton’s inner circle ‘cut and pasted’ material from the government’s classified network so that it could be sent to her private email address.” Not quite a nothing-burger, don’t you think?

That the 22 unreleased emails contained operational intelligence, including the names of intelligence operatives, doesn’t shock your editorial board’s collective conscience calls into question whether there is one.

If she couldn’t determine the sensitive nature of information she cavalierly allowed to be stored on an unsecure, and probably hacked (per former defense secretary Robert Gates) server, then she hasn’t the competence to sweep out the White House let alone live there. Even during Watergate, Richard Nixon had his water-toting sycophants. But if you insist upon carrying it for his ethical soul sister, must it be in such a leaky bucket?