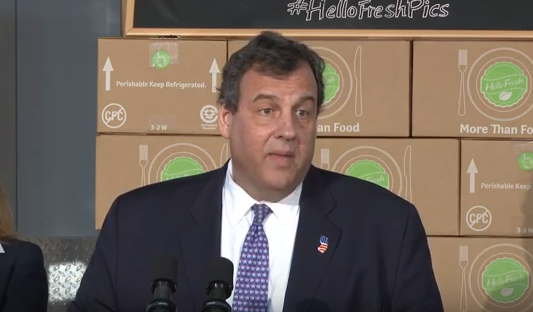 Things are looking up…

That was the theme in Linden earlier Tuesday, Save Jerseyans.

A punchy but smiling Chris Christie was back in New Jersey today following yet another controversial Trumpie campaign swing, and despite the Donald’s latest head-scratching put-down of his most high profile endorser’s governing record, the Governor told reporters assembled at HelloFresh (a nation-wide grocery delivery service) that his Administration’s policies are yielding dividends for state residents:

New Jersey’s official unemployment rate was down to 4.5% in January 2016 and its labor force participation rate has improved yet the state’s tax climate is keeping moving vans going in the wrong direction. Christie had an answer for that, too:

7 thoughts on “VIDEO: Christie pledges no new taxes, declares “our polices have worked””