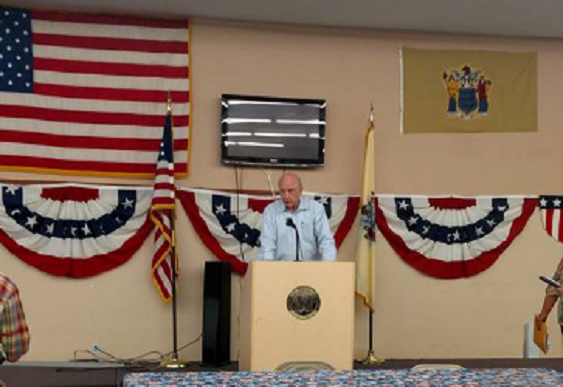 Over the otherwise sleepy weekend, Save Jerseyans, another battle was brewing in Bergen County.

Paul DiGaetano was victorious in last Tuesday’s Bergen County chairman’s battle but, given the size and scope of the political map in New Jersey’s most populous county, there are also elections for individual chairmen in each legislative district covering part of Bergen.

District 39 was up on Saturday, and district Chairman Mike Ryan was reelected.

The significance: it’s one of the most Republican in the state and is home to Senator Gerry Cardinale, a long-time ally of now-former Bergen County GOP Chairman Bob Yudin. Ryan had supported DiGaetano and, after the new chairman triumphed, he appointed the LD39 chair as the new BCRO Parliamentarian. Matters came to a head on Saturday when Cardinale backed Dumont Municipal Chair Janice Worner to oust Ryan.

It’s a second defeat for Cardinale in as many days.

An isolated bad week? Or is he losing influence over the district?

Either way, DiGaetano now finds himself with more leverage than ever before should the new chairman attempt to make changes in the composition of LD39’s legislative delegation by backing a candidate other than Cardinale or Assemblyman Bob Auth, both of whom backed his opponent, in 2017 or beyond. Ryan’s re-up could also be interpreted as a possible win for Schepisi, for the same reason, since she was the only Bergen legislator not to endorse Yudin notwithstanding her public support for Ryan’s challenger.