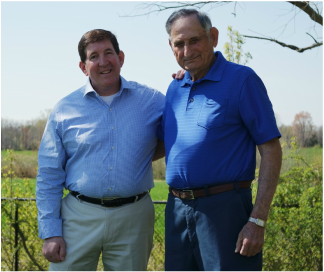 Yes, the CD-1 machine victory monopolized most of the South Jersey primary coverage. You likely never followed the Harrison race if you’re not a resident of Gloucester County (hell, you may have never HEARD of Harrison if you’re not from deep South Jersey), but there is a regional angle to the race results that should interest political watchers in all 21 counties.

In fact, he raised eyebrows (and his fellow GOP’ers blood pressure) back in 2012 when his 12,000+ resident township named its local Route 322 bypass after the LD3-based Democrat Senate President. Can you imagine a Morristown Democrat, for example, spearheading an effort to name a local road in honor of Chris Christie? Doubtful…

Manzo compounded his offense by endorsing Sweeney’s reelection bid one year later in 2013.

Gangemi (a former president of the nation Tomato Growers Association) and Jacques (a retired Marine Corps. Corporal) stepped up to make things right. They ran with the Regular Republican Organization on Column E with Donald Trump, Frank LoBiondo and the County Republican-backed freeholder candidates. The incumbents bought themselves a lonely position out in Column H, four columns to the right, for the sin of cozying up to the other party’s machine.

Karma… it’s bigger than all of us.