10 Convention Week Tips for Donald Trump, the Man Who Wants to be President 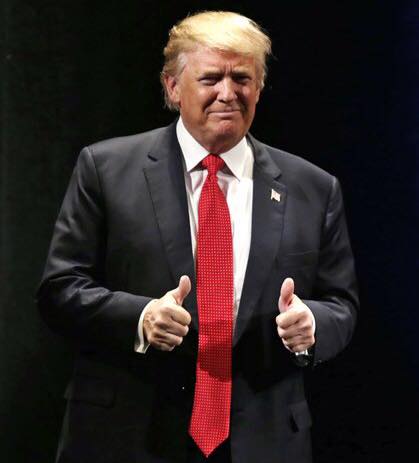 You know the phrase.

You’ve heard it a million times.

Of course, these days we’re probably compelled to say the PERSON who . . . .”

But, in any event, here are ten tips for the man who wants to be the next President of the United States, Donald Trump:

1) Stop talking so much about yourself. We know you built Trump Tower. We know you fixed the Wollman Rink when the city couldn’t get the job done. We know that you’re turning Washington’s old post office building into a luxury hotel in record time and under budget. We get it. But this election is about us, not you.

2) Strike a balance. We like the fact that you don’t use a teleprompter but, as you’ve already discovered, on some really important policy matters (and at other times) it’s OK to read from a prompter or a prepared statement. Mixing it up a bit and switching back and forth a bit is fine. It doesn’t all have to be spontaneous. After all, even reality shows (as any viewer has probably already discovered) are rehearsed.

3) Delegate more. You’re not gonna win this campaign as a one man show. You wouldn’t be where you are today if you didn’t know how to delegate. Surround yourself with the best and brightest and delegate more.

4) Some of the gazillion other Republicans who ran for president this year and their allies are still smarting from the campaign battles and the way you treated them. Some of them (some, not all) are being spoil sports. They’re being pissy and petty. Don’t mirror their behavior. If you’ve reached out to them and they still won’t join your team, fuhhhhgettaboutit! Move beyond it.

5) Take it to Hillary. You were right to tag her as crooked. She was, is and will continue to be crooked. She’s a phony and a fraud. And this is a message that can’t be repeated enough.

6) Bring on Invanka. She really is your secret weapon. Listen to her. She can reach out to and appeal to groups that you can’t reach. She’s smart, successful in her own right and articulate.

7) Continue to take on the media. You’ve set a new standard here. You’ve aroused people’s natural skepticism of this group. You’ve turned the tables on the media. You did what others wouldn’t dare do. Don’t back down, but don’t become obsessed with the minutia of the matter, either.

8) Showcase Melania. Look, those of us on this side of the aisle have always known that our women are far, far better looking than theirs — and smarter, too. Melania scores on both counts and more. She’s destined to be on more magazine covers throughout the world than any First Lady since Jacqueline Kennedy. Go for it!

9) Try a little tenderness. We liked it when you showed such pride in your son, Eric recently — praising him, extolling his successes and even hugging and kissing him. Open up a bit. It’s appealing and it makes a genuine human link.

10) Lean on Pence. He’s a great guy, a smart pick, accomplished, experienced and an excellent choice. Let him do what he does best — making friends, building bridges, inspiring confidence.