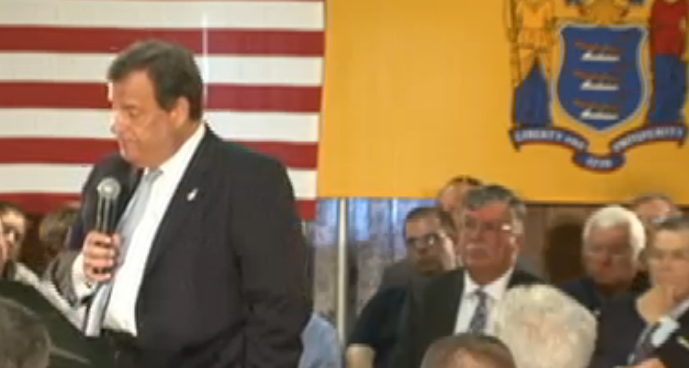 Governor Chris Christie took his battle for equitable school funding to Burlington County on Tuesday, Save Jerseyans, telling a packed house at  Hope Hose Humane Co. 1 in Bordentown that the math works in everyone’s favor.

The new plan — which would rely on a flat amount of state aid ($6,599 per child) plus extra for special needs students — would result in 25 of 40 Burlington County public school districts receiving additional aid.

During his remarks in Bordentown, Christie contrasted that community’s graduation rate of 88.5% and per pupil spending of $19,851 in 2013 to Asbury Park’s school district which spent over $30,000 per child over the same academic year despite have a graduation rate that’s 20%+ lower.

“Everybody knows the school funding formula doesn’t work,” the Governor added. “I’m tired of hearing the fiction that money will solve the problem.”