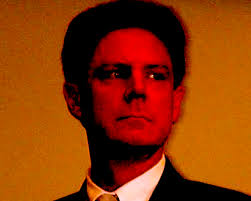 Frank Pallone (D, NJ-05) is the gift that never stops giving for conservative bloggers, Save Jerseyans.

Less than a week after Save Jersey was the first to report that the veteran liberal Congressman took $10,000 in political donations from the PAC affiliated with Mylan Pharmaceuticals, the company accused of gouging EpiPen consumers, Pallone is now demanding hearings into the company’s practices…

…the same company that donated to him: 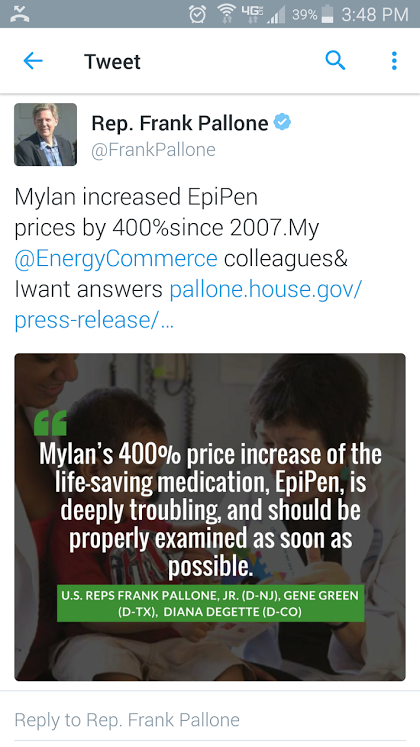 “We would like more information to understand Mylan’s pricing of its EpiPen and how the company is ensuring that patients suffering from allergic emergencies have access to these life-saving products,” Pallone, the ranking member of the House Energy and Commerce Committee, and his Democrat colleagues wrote in their letter to Mylan Chief Executive Officer Heather Bresch. “Further, please explain why Mylan chose to authorize a generic product versus reducing the cost of its brand name EpiPen – a brand American consumers have consistently relied on for decades.”

Pallone and his colleagues might want to consider their own role in this mess.

The answers House Democrats are looking for can easily be obtained from the same people who signed Frank Pallone’s checks! Right?

So now we have a new question: is Pallone trying to provide cover for his donor?

Today’s move is reminiscent of the time when six Democrat recipients of Planned Parenthood donations were also on the committee tasked with investigating Planned Parenthood. Those Dems, including New Jersey’s Bonnie Watson Coleman (D, NJ-12), demanded an end to the investigation. #ConflictofInterest much?

‘Ballsy’ doesn’t begin to describe it. This is downright evil, folks.