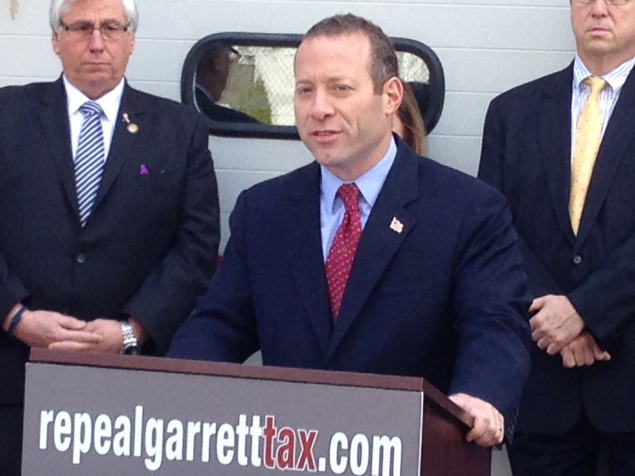 Bill LaForet is the mayor of Mahwah and, whether or not he’s willing to admit it, a member of the party of Black Lives Matter.

Despite holding a “non-partisan” post, for a term that expires on December 31st of this year, the mayor is propped up by the county Democratic machine and can often be seen beside the latest Democratic gadfly Josh Gottheimer.

But while most Democrats are simply anti-police in an attempt to mollify their crazy leftist base, LaForet is doing something much worse. He is attempting to use a fake show of support for the police into a campaign ploy.

LaForet, one of the most shameless politicians in the state, is plastering the town with signs purporting to support the police: 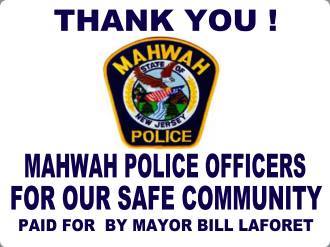 There is a little caveat to the story.

As you can see, on the signs (one of which is pictured above), his name is prominently displayed.

Does any one think it is a coincidence that in an election year suddenly the mayor decides to plaster large signs with his name on them supporting the police?

There are low campaign tactics, and there is trying to exploit the police in order to win re-election.

Perhaps he thinks the signs will distract voters from the sensational, multi-million dollar lawsuit in which LaForet is individually named.

Maybe he even thinks that his years of mismanagement and vindictive tactics will simply be given a pass because he put out a few signs.

If LaForet really wanted to support the police, he could denounce the Democrat Party and their support of anti-police groups such as Black Lives Matter.

However, like Sheriff Mike Saudino, they continue to support the party and presidential candidate who represents open hostility to law enforcement.  Our law enforcement deserve our full support and they deserve every show of encouragement we can give them.

Using law enforcement as a campaign prop while simultaneously campaigning as a member of the party who so desperately opposes them is a shameless tactic low by even the incredibly low standards of New Jersey Democrats.