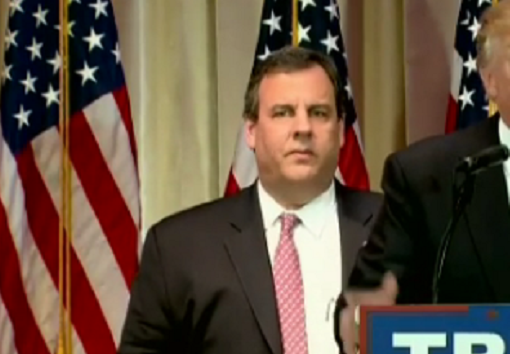 Is this it, Save Jerseyans?

We’ve been teased before in recent days, and getting something directly out of the notoriously-secretive Christie people is darn near impossible, but it’s highly unusual for the Governor’s press team to announce a press conference after 7:00 p.m., for the next morning, while stressing no press availability.

That’s exactly what Chris Christie’s team did all the same on Monday evening. 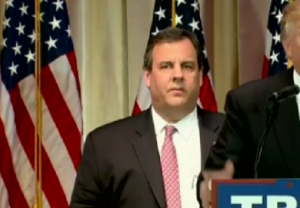 he State House Rotunda presser scheduled for 11:30 a.m. on Tuesday morning — vaguely billed only as a ‘press announcement’ starring Governor Christie, his first such presser in months — is extra unusual because it’s not taking place in the more casual-by-comparison outer office of the gubernatorial annex where some of Christie’s most famously fiery exchanges with the media have taken place.

One possibility? And the most likely? He’s making some sort of mundane announcement (at least as far as the national press is concerned).

The second? Christie has been under consideration in recent days (according to transition sources) for Energy Secretary, Department of Homeland Security Secretary, or even Drug Czar (which wouldn’t require a potentially contentious Senate confirmation hearing) despite a very public demotion as head of the overall Trump presidential transition effort. Christie’s mysterious presser happens to correspond with Vice President-Elect Mike Pence promising several important announcements regarding the transition on Tuesday.

The Governor and President-elect did meet for a pow-wow on the weekend before Thanksgiving at the President-elect’s posh Bedminster, New Jersey golf course…

…all despite the Governor’s insistence in recent days that he’s finishing out his term, a line observers aren’t sure whether to take as a literal pronouncement or just proper etiquette.

An extra angle of potential drama: tomorrow’s conference occurs on the eve of a judicial court hearing to decide whether a pending citizen’s criminal complaint against the Governor (Bridgegate-related) warrants a special prosecutor….