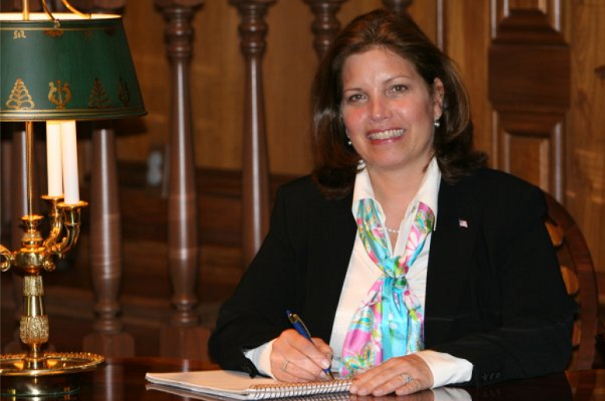 Maura DeNicola of Franklin Lakes isn’t done with public service. At least not yet.

Save Jersey has learned that the incumbent Republican freeholder is formally throwing her hat in the ring for the Assembly seat vacated when Assemblyman Scott Rumana was elevated to the Superior Court earlier this year.

The candidate confirmed her intent to Save Jersey this morning.

“Well Friends, after serious consideration and support, I’m in! I am seeking election to the Vacant Seat created by the departure of Assemblyman Scott Rumana in NJ District 40,” she subsequently announced on Facebook. “I very much look forward to connecting with all of the dedicated D40 County Committee members before the November 22nd vacancy vote.”

Replacing Rumama and the resulting competition have reopened fissures running through the Bergen and Passaic party organizations which, along with Morris County, share the traditionally red district. Both organizations are perennially challenged by infighting; the events leading up to June’s BCRO battle are said to have handicapped the freeholder’s slate. DeNicola nevertheless remains a popular, independent figure in the North Jersey GOP at a time when few individuals seem capable of uniting anyone.

She’s already informed all three county chairmen of her entry in the contest.

Those same three chairmen have already thrown in behind Michael Marotta of Wayne and opposed a third candidate, Kevin Rooney of Wyckoff.

Correction: An earlier version of this post stated that DeNicola was the high Republican vote-getter this cycle. The most recent statistics suggest she will finish second on her slate. We apologize for the error.