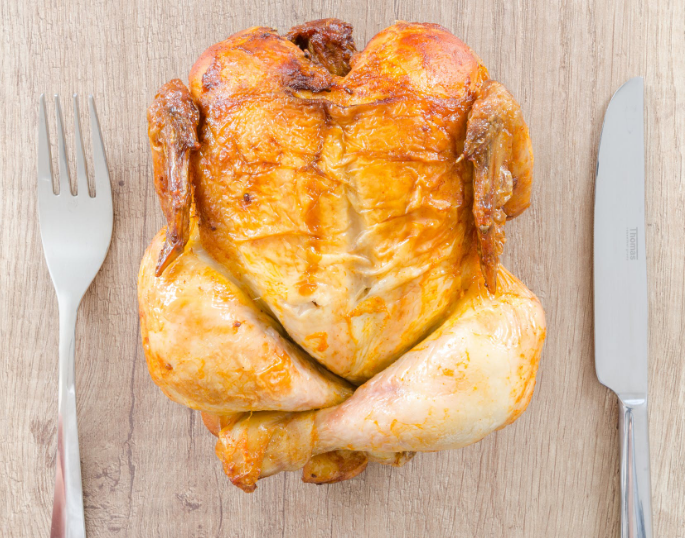 The following is a list of rules/tips/guidelines compiled by yours truly to guarantee an authentically Leftist-friendly Thanksgiving feast….

(1) Maintain and Respect the Safe Space around your liberal relative at all times. Feel free to use a ruler, yard stick or measuring tape to confirm a circle of safety, 6 feet in diameter, around said relative at the start of each course. Reaching for the gravy boat too aggressively, speaking the name of ‘he who shall not be mentioned’ (Donald Trump), or referring to the turkey itself with gender normative pronouns (e.g. “Look at that beautiful guy! He looks delicious. Good job, hun!”) is both micro- AND macro-aggressive and must be protected against.

(2) Have Counselors Available Throughout the Meal (!) just in case rule #1 is violated. That awful, racist thing Uncle Earl said about illegal immigration and the need to enforce America’s border integrity is going to give Cousin Brooke nightmares when she makes it back to her dorm room after the holiday break. Help ease her transition back into cushy, ideologically-homogeneous and loan-subsidized campus life by providing preemptive access to accredited professional services.

(3) Avoid Bigoted Foods If Possible. Serving traditional fare, like fowl of any kind, might be your first impulse but hey, full stop! That decision also recalls the molestation of our native peoples, particularly the Wampanoag Tribe, by their white male European oppressors. Any guests with Native American heritage (or who recently graduated from a liberal arts school) could understandably be triggered by your choice. A much more progressive main course? Try granola drenched in honey harvested from humanely housed bees or, when in doubt, anything purchased from a local Whole Foods cafeteria.

(4) Respect Gender-Fluid and/or Diverse Guests By Providing Multiple Bathroom Options. Yes, most U.S. homes only feature 1-2 toilets, so think ahead and budget for an additional 56+ portable toilets in the backyard to accommodate each of Facebook’s 58 gender designations.

(5) Eschew Sexist Hosting and Volunteer Habits Both in and Around the Kitchen. Making mom, grandmom, Aunt Alice and your sister Carol do all of the table clearing and food presentation is unacceptable. At the same time, replacing strong, independent women with helpless, insensitive men to perform this critical task isn’t exactly an answer, either. The solution: choreograph each plate being carried to and from the table with a man and woman each simultaneously placing one hand on it. When at all possible, attempt to avoid having a man and woman of the same race co-carry the same plate or dish. Mix it up.

(6) Redistribute Food to Wage-Challenged Relatives. Cousin Mark is having a rough time finding a job after graduating six years ago with a dual major in pan flautist studies and indigenous basket weaving. Uncle Jim? He made a mint working for that big bank; safe space rules do not apply when you go full-social justice warrior and forcibly, if necessary, give half of his drum sticks and most of his warm crescent rolls to occupationally-discriminated against, forgivably less-than-ambitious Mark. Move around the table and repeat whenever and wherever necessary to restore economic balance. (Pro Tip: Ask relatives to bring their IRS 1040 forms to dinner if you don’t want to eyeball it).

(7) Provide a “Safe Room” Somewhere Near the Dining Room. Aunt Ruth voted for Donald Trump and won’t stop lecturing everyone on Hillary Clinton’s many alleged criminal acts. Her words of hate and insensitivity have penetrated the safe spaces you’ve created per action item #1 above. What to do? Have a fall-back safe space. A sitting room with low lighting, comfortable pillows, and maybe NPR streaming softly in the background is an easy and effective option. Post signs declaring a safe space from hate speech (translation – conservative ideas) for the duration of the entertaining period.

(8) Always Inquire of Guests How They’d Prefer to Be Addressed. Lately? Your Brother Bill’s girlfriend self-identifies as a genderqueer 1959 Chevrolet Impala. Be considerate! Call Bill in advance of the big meal and ask how to make out the place card, what an Impala prefers to eat and, if you’re comfortable enough, stipulate whether oil changes can occur in the garage (remember: you only ordered 56 portable toilets).

(9) Praying? At Thanksgiving? Absolutely Not! Religion is a construct of the patriarchy and designed to institutionalize oppression and discrimination. Consider instead a neutral, non-denominational, non-religious statement of appreciation to the true source of your holiday bounty: the federal government.

(10) Don’t Tolerate Intolerance. A Republican relative won’t abide by rules 1-9? You are entitled to use violence, if necessary, to throw his sorry ass out into the cold, head first, without any dessert. Dumb, racist $&*@#$ and his non-conforming views can wait for his Uber outside. #NotMyPresident! Right??