Obama takes final slap at N.J. police on his way out the door 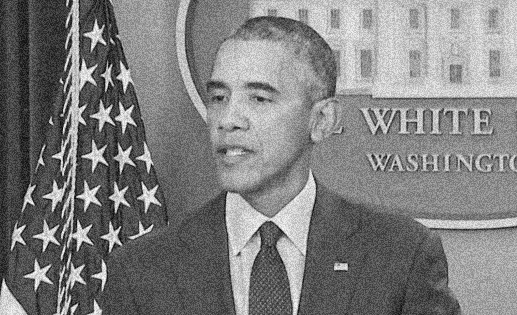 We’ve had liberal presidents before, Save Jerseyans, but we’ve never had a president who hated everyone who wasn’t a liberal before Barack Obama. His last minute regulatory push is making the headlines, and is certainly proof enough of his demented obsession with transforming the country to fit his worldview.

And dispositive of his government’s disdain for Mainstreet, USA?

The U.S. Department of Transportation is cracking down on the blue lines cropping up in towns across New Jersey as a show of support for America’s police.

Yup; your eyes haven’t deceived you!

The “Thin Blue Line” has long been held to represent the relationship between police officers and the community as variable separating the citizenry from criminals. Blue lines have been featured on flags, bumper stickers and roadways in the wake of recent high-profile assassinations of law enforcement officials across the country. The blue line roadway movement began right here in New Jersey.

According to NJ 101.5, the U.S. Department of Transportation’s Federal Highway Administration now says the symbolic act is unsafe. At least one county (Union) is reportedly instructing municipalities to comply with the federal regulations and remove the lines.

Is it any wonder that dozens of New Jersey police officers — including 35 from South Jersey — are participating in Donald Trump’s inauguration?

You may think it isn’t that big of a deal, and I’d grant you that blue paint isn’t a matter of ‘war and peace’ per se, but if you’re a police officer, taxpayer, or any other species of ordinary hard-working American, the DOT’s absurdly rigid application of federal highway regulations is only the clearest, most infuriating final example of a federal government at war with its people.

The Obama Administration has spent 8 years prioritizing all the wrong things and imposing itself upon all the wrong people…. even at police funerals. All while terrorist recruitment thrives, under-employment surges and soulless youths torture the mentally handicapped for shits and giggles on social media.

This is far more effort than the President has put into retrieving cop killing fugitive Joanne Chesimard from Cuba. Because he prefers communists to “imperialists,” which is Washington’s worst kept secret.

Being a failure is one thing.

Actively working against your own people? Quite another.

This is the final line he’s crossed.

Donald Trump might prove to be the wrong kind of crazy (we’ll find out soon enough), but at least he isn’t bent on controlling/dominating/vilifying/defeating the other half of the country. That’s enough for me and the majority of New Jersey’s fed-up law enforcement community. January 20th is liberation day.