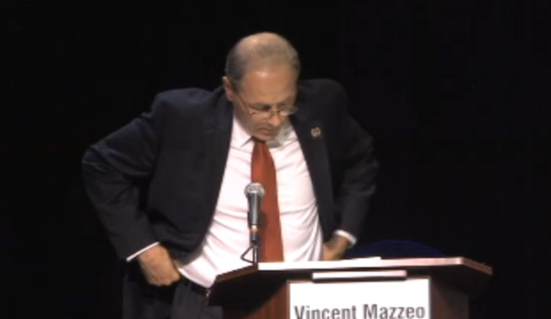 “Atlantic County needs a strong advocate in Trenton, and Vince Mazzeo has proven that he is not that person. He’s been missing in action during his time in the Assembly,” Kean said in a statement following the Democrat Assemblyman’s long-anticipated announcement.

“He’s nowhere to be found on big issues, including the fight for more property tax relief for county residents. The families of Atlantic County need an independent voice, and Senate Republican Majority will work hard to make sure they get that Senator,” added Kean.

No Republican has officially declared for the seat as of yet but Assemblyman Chris Brown (R-Atlantic) is widely-expected to take on Mazzeo in re-match of their 2015 Assembly battle.

Whelan’s retirement is only the biggest of a string of 2017 Senate candidate recruitment disappointments for the Democrat Party.

Brown and Mazzeo have scrapped another of times over issues surrounding the fate of Atlantic City and, most recently, PILOT funding.