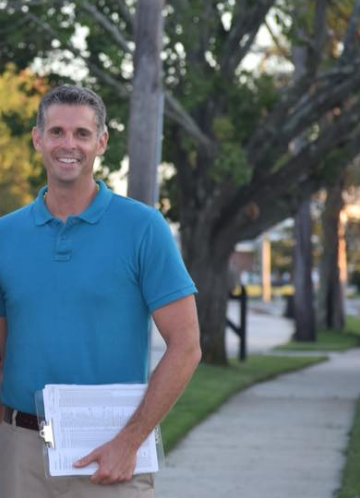 The 2nd Legislative District is the only competitive New Jersey district in 2017 to have both Assembly seats open, Save Jerseyans, meaning that there isn’t an incumbent in the race.

There hasn’t been much in the way of public confirmation from either side of the aisle, but things will start to shake out Monday night when Brigantine Councilman Vincent Sera, a real estate agent for Berkshire Hathaway, is expected to announce his own bid for one of two Republican nominations at his hometown’s American Legion hall flanked by friends and supporters.

Sera, age 41, is a father, husband, and served as a senior lifeguard and president of the Beach Patrol Association. He has also taught government and U.S. history at Oakcrest High School in Atlantic County’s Hamilton Township as well as worked for three years as an aid to former state Senator William “Bill” Gormley.

He’ll be the first confirmed Assembly candidate in what should once again be New Jersey political ground zero, but other names shouldn’t be too much further behind him.

We’re told the Councilman’s most likely running mate is former Margate Commissioner Brenda Taube, but the Atlantic GOP opens its nominations up to a convention this spring.

On the Democrat side, names in circulation for Mazzeo running mates include Freeholder Ernest Coursey and former freeholder and Atlantic County Surrogate Jim Carney.