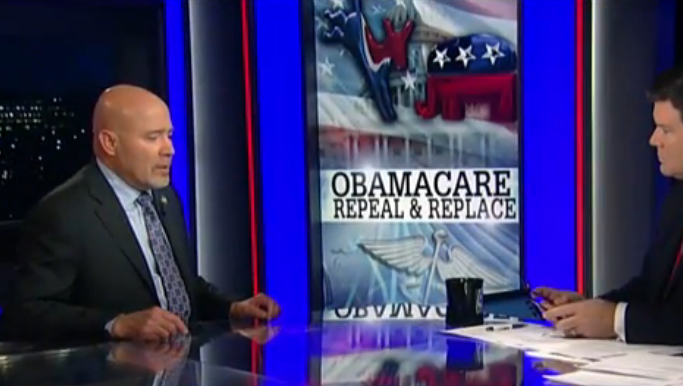 Most second term congressmen (from a state where the majority party isn’t much of a player) don’t get held back by Speaker Paul Ryan for extra discussion after a large meeting or called into multiple, small group meetings with President Donald Trump ahead of a majority vote.

Welcome to the rarefied air occupied by Tom MacArthur (R, NJ-03), the newly-reelected congressman representing most of New Jersey’s Burlington and Ocean counties.

A little background for newer readers: MacArthur, a former insurance executive who has consistently argued against repealing Obamacare without a suitable replacement ready in the wings, was the only member of the N.J. GOP delegation to attend last year’s convention and he’s the only N.J. representative to support the American Health Care Act (AHCA) legislation which will have its fate decided on Friday afternoon or evening. He’s only been in Congress since January 2015, replacing Jon Runyan who retired after two terms in office.

Now? Whether you’re a big MacArthur fan or less-than-enthused by all of his decision, you can’t deny that he’s a man on the rise on Capitol Hill.

Rep. MacArthur’s rapidly growing influence is tied to his position as co-chairman of the “moderate” Tuesday Group. The Center-Right informal caucus represents approximately 50 House members (more than the Liberty Caucus’s 36), but unlike in recent years, when the Tuesday Group lacked real teeth, the newly-constituted Trump Administration is treating the Tuesday Group, founded way back in 1994, as an equal partner to other major House member affiliations.

He’s trying to make the most of it. Over the last several days, MacArthur is leveraging his ‘seat at the table’ in an attempt to improve what even he concedes is an imperfect answer to a complex problem.

A specific focus has been adjusting AHCA tax credits to secure health coverage for lower-income U.S. adults as well as monies for specific public health challenges.

“The addiction crisis has touched so many families throughout the United States, especially in my home state of New Jersey where in Ocean County—located in my district—there’s one overdose death every 43 hours. After adding $90 billion for older Americans and $60 billion for low-income seniors and the disabled, we’ve won another victory for the most vulnerable in our society,” MacArthur declared on Thursday night as negotiations drug on. “This bill is not perfect—no bill is—but I decided when I got here that Congress has enough obstructionists and I’ve been working constructively over the past weeks to improve it by offering specific proposals that will ensure Americans will be able to receive affordable quality care.”

Whether the AHCA succeeds or sinks, it’ll be interesting to see how MacArthur’s newfound position of influence within D.C. impacts both his constituents back in South Jersey and the political picture at 30,000 feet. We’ll be watching….