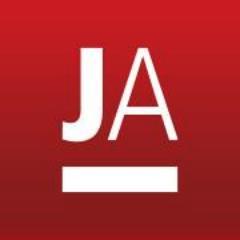 The New Jersey-based political consulting behemoth Jamestown Associates got lots of cred for its Trump 2016 television spots, Save Jerseyans. It’s a remarkable turnaround for a company that, only a few short years ago, was blacklisted by most of the national GOP campaign establishment for working for Tea Party primary challengers.

Times have changed. So has the man in charge.

Now the Jamestown leadership is slowly fusing itself to the Trump Administration (the whole Jason Miller thing is a long forgotten memory).

Over the past several weeks, the following Jamestown landed positions in the Trump power structure. Keep a close eye on all of them:

Tony Sayegh
Tony is a Jersey guy. The former Jamestown Executive Vice President and Fox News contributor is now, as of this week, Assistant Secretary for Public Affairs in the Treasury Department.

John Konkus
Konkus is part of the so-called “beachhead team,” in charge of media relations for EPA Director Scott Pruitt, in what remains a hostile environment for new traditional energy industry-friendly administration.