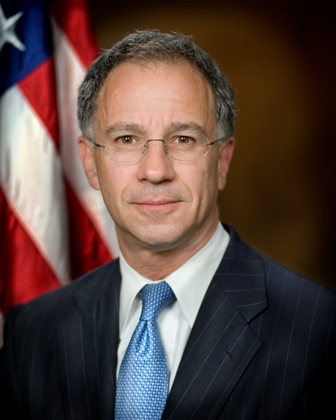 U.S. Attorney for the District of New Jersey Paul Fishman resigned on Friday, Save Jerseyans, after newly-minted Attorney General Jeff Sessions called on him and 45 other remaining Obama-era federal prosecutors to resign.

It’s a routine move. Remember: Chris Christie started as a U.S. Attorney (feels like forever ago, right?). These are political positions.

Sessions’s action nevertheless drew complaints from the Left and speculation as to which Republican might succeed Fishman in one of America’s most corruption-challenged states. There’s going to be a new sheriff in town….

Fishman will be most remembered by the general public for his role in the Bridgegate prosecutions which themselves were heavily tinged with partisan emotions.

This afternoon, the President requested my resignation, along with the remaining presidentially appointed U.S. Attorneys across the country, effective at midnight tonight.

It has been the greatest professional experience that I can possibly imagine to have served in this office for the past seven-and-a-half years. Having spent so much of my career working to protect the interests of the people of New Jersey, I can think of no greater form of public service.

I am enormously grateful for the opportunity I was given to lead the men and women who work in this office. They are the most extraordinary group of public servants I have ever known, and I am more than honored to have been their colleague.”