OPINION: We Must Stand By Our Conservative President! 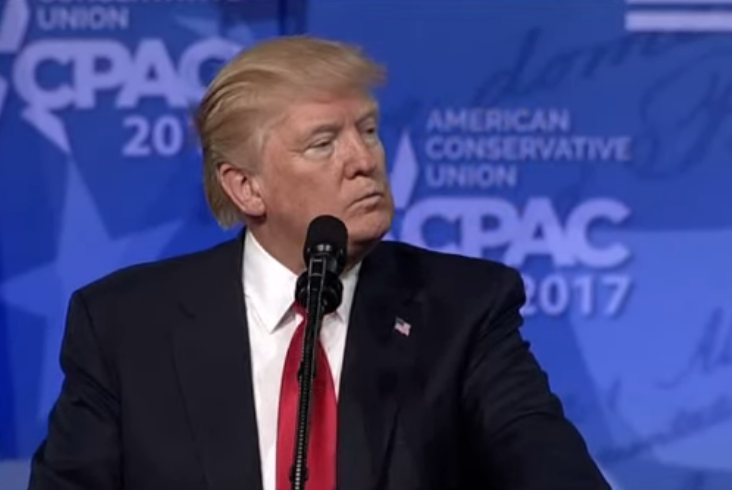 Is it true the House has the power to fire the Speaker of the House? I think so! That is what I’m told anyway. So claims by top conservatives that Speaker Ryan should be “fired” or forced to “step down” from his position as a result of the healthcare bill, are not only irresponsible, they are hypocritical.

Because if it’s the House who has the power to impeach Paul Ryan, then why has it not been done already???

It’s important to note that preceding the lack of support for the American Healthcare Act by certain members of the Freedom Caucus and others, there were many claims by conservative think tanks and conservative House members that Paul Ryan is “a part of the establishment.” Hmmm. So in other words, until the House decides to fire Speaker Ryan, why shouldn’t President Trump try his best to work with Speaker Ryan? After all, he is the Speaker of The House! And President Trump is the “Great Negotiator!”

(Note: Let me make this perfectly clear…I was one of the only conservatives who criticized Paul Ryan for trying his damnedest to derail President Trump’s election and nomination process! But I understand that working together despite our differences is important for the party and the country! And just for the record, because I have a good conservative heart, I had ZERO problem with President Trump meeting with former candidate for president and one of the biggest Trump haters ever — Mitt Romney! I trust my president!)

I coined the phrase “Conservative Establishment” back in January and February of 2016 as a result of individuals in the Conservative Party who were on a concerted mission to sabotage the campaign and republican nomination of Donald J. Trump! But let me set the record straight. I have an enormous amount of respect for my fellow conservatives, especially Mark Levin. I’ve looked up to him for many many years. So as the good conservative that I am, I’m willing to forgive the imperfections of humanity, and that includes the imperfections of some of the greatest (who I refer to as) “philosophers of conservatism” like Levin.

Having said that, when great conservatives like Mark Levin and not-so-great conservatives like Rich Lowry from The National Review and other popular conservatives (including Glenn Beck) go on a mission to dictate to candidate Donald Trump, that he’s “not a conservative, therefore he’s not qualified to run for office,” as many conservatives throughout the campaign did, then I have a HUGE problem with that. Why? Because no one should ever have that kind of power! And since the beginning of the 2016 election I have cited several dangers to this type of rhetoric. And let me make it perfectly clear…I WAS THE FIRST TO POINT THIS OUT! Yes, I was the “first” within the conservative movement for Trump to point out (almost daily) how troubling and dangerous this type of rhetoric was.

And it wasn’t until close to the election that some of my fellow conservative radio hosts took notice. And throughout the primary, conservatives who supported Donald Trump kept blaming the republican establishment for trying to sabotage the election. But I knew better! I knew it wasn’t just Republicans in the party who went out of their way to sabotage President Trump’s campaign, it was conservatives as well who were guilty. And if it wasn’t bad enough that during the primary the attacks from people in the republican and conservative party were relentless in their attacks, calling Trump “Hitler” “racist” and accusing him of “not”  being a “true conservative,” it was “conservative” members of Congress, chief among them Senator Mike Lee, who on the day of the Republican Convention, tried to CONTEST the convention.

NOT GOOD. And we all know why!

Ironically, it was Mike Lee who was the first one to come out against this healthcare bill. Having said that, it was many in our party from the get go who insisted the American Healthcare Act was nothing even close to the “repeal” the “American people voted for,” even referring to it as “Ryancare.” They insisted that Speaker Paul Ryan was steering President Trump down the wrong path claiming that Ryan had “everything to do with the failed healthcare bill.” But I wasn’t in agreement, at all! In fact, I made an impromptu video and posted it to my Facebook page at the time, insisting that “they haven’t even met with the president yet” and so how did they know that “Paul Ryan was the sole architect of the bill?”

They finally met with the president and the rest is history. The bill was scrapped before it had the chance to be voted on because there weren’t enough votes to pass the bill.

If Republicans want to fix our broken healthcare system, then we have to come together as a party and govern. https://t.co/aGwA1Lw1q2

Buck also explained how he “supported the AHCA, and will continue to support it, because a yes vote is the principled, conservative position.”

“Transitioning from an opposition party to the governing party can come with growing pains. But if we want to achieve our principled outcomes, like the end of ObamaCare and its replacement with a free-market system, then we have to learn how to come together as a party and govern. And governing means supporting the AHCA. I supported it, will continue to support it, and encourage my colleagues to support it as well,” the Congressman added.

In that spirit, it’s worth remembering there are other conservatives who would have voted for this bill, including myself, out there in the grassroots! And if we as a party want to finally come together, no matter our differences (and we could argue on both sides as to whether or not the American Healthcare Act would have fully repealed and replaced Obamacare), moving forward, we must learn how to use our “conservative negotiating skills” (my new phrase) if we truly want to combat the evils of liberalism!

We must do a much better job at standing by our (yes) “conservative” president! And just as importantly, “negotiating” with people or policies we don’t 100% agree with does not always mean “sacrificing” conservative principles!