Food Stamps and the Republican Congress: An Opportunity for Libertarian Paternalism? 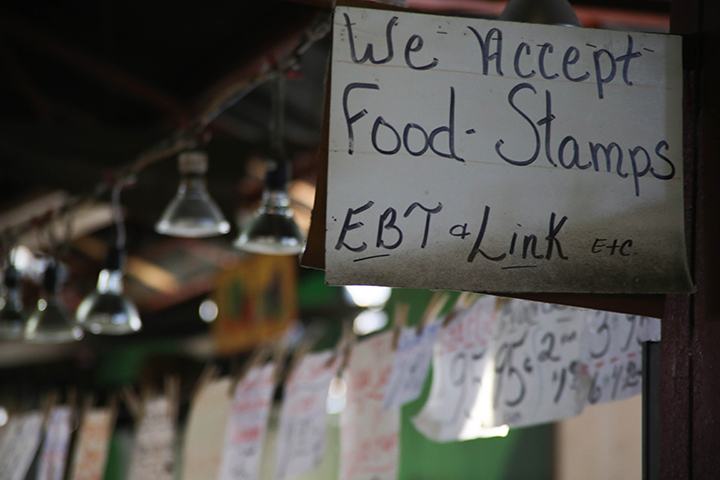 The Supplemental Nutritional Assistance Program (SNAP), formally known as the Food Stamp Program, has proven to be one of most successful safety net programs since its start some fifty years ago. While the program has often been a political target for opponents, SNAP has recently come under attack as one of the causes of the high rate of obesity in the United States.

For those unfamiliar with the program, SNAP provides government aid for eligible, low-income individuals to purchase food. The federal government provides the funding for SNAP, and state governments administer the program. Federal legislation for SNAP is reauthorized by Congress every five years, and while the next reauthorization will occur in 2019, congressional hearings have already begun.

Assuming these obesity-causing claims are true, the Republican Congress has two foundational schools of thought to make change: “SNAP-Choice” or “SNAP-Restrictions.” “SNAP-Choice,” a libertarian leaning view, would continue to allow individuals to spend their funds as they see fit. The policy relies on an individual’s rationality to determine food choices without government intervention. On the other hand, “SNAP-Restrictions,” a more paternalistic view, would limit the number of food options available to SNAP recipients. Government would define what foods would be “good” and “bad” based on the notion that public funds should support public health. However, it is important to note that SNAP restrictions already exist, and Congress would be building onto a restrictions list that already prevents the purchase of items like cigarettes and alcohol.

Presently, there is still little evidence that restricting SNAP funds will reduce obesity among recipients. In theory, a paternalistic restriction would not prevent individuals from purchasing unhealthy foods, as they would simply reallocate their non-SNAP funds to make these purchases. Similar to recent studies evaluating “sin taxes” on cigarettes and soda, individuals would not automatically change their behavior and stop consumption. Consumers need to see the difference in price and rationalize long-term effects of an unhealthy decision, which often comes with education—not taxation. At the same time, changes to the existing program, like adding restrictions, could lead to confusion and an overall decline in the use of the program.

However, a third view of Libertarian Paternalism may act as an effective approach to this issue. Libertarian Paternalism attempts to encourage an individual’s choice in “welfare-promoting-directions” without restricting choice. In this case, the government could incentivize healthy food purchases without offering any SNAP restriction. To test this, the USDA implemented the Healthy Incentive Program (HIP), which incentivized SNAP recipients to purchase fruits and vegetables by providing an extra $0.03 for every $1.00 spent on fruits and vegetables. The program, which ended after two years, saw an increase in fruit and vegetable consumption among participants, and most retailers found it easy to implement.

At the state level, several Republican-controlled legislatures are grappling with this same paternalism versus libertarianism dilemma. Over a dozen state legislatures have either proposed legislation seeking permission to restrict SNAP purchases or passed resolutions to encourage Congress to act. Some states requested waivers from the USDA to restrict SNAP food choice by excluding certain foods like soda and candy from their purchasing lists. However, states cannot implement these restrictions without federal approval. While the Obama Administration blocked these attempts, state leaders see an opportunity with the Trump Administration, (although the new administration’s direction on this issue remains unclear).

More recently, Arkansas Governor Asa Hutchinson (R) signed into law a SNAP incentive program to encourage the purchase of healthy foods. One could argue that this law is a Libertarian Paternalistic approach to this problem: the legislation authorizes the state’s Department of Human Services to provide SNAP recipients with additional funds to purchase locally-grown fruits and vegetables as well as provide additional funds for nutritional education programs. The bill was an outgrowth of a successful, local program, originally funded by the USDA. The program initially allowed for SNAP funds to be used at farmer markets, but will now expand to grocery stores and wherever else SNAP is accepted.

Moving forward, Paul Ryan and the Republican Congress will have a choice to make on how they expect to update SNAP and the rest of the social safety net. Late last year, the House Committee on Agriculture published a comprehensive primer outlining the future of SNAP that has already guided the discussion for the committee. While additional research and pilot programs would be beneficial, a Libertarian Paternalistic approach could provide the balance between ideology and application to promote healthy choices in a divided Republican Congress.

TYLER SEVILLE is a government affairs and public policy consultant. He is former lobbyist for the New Jersey Business &Industry Association and its affiliates as well as a former member of the Delran Township School District Board of Education. Read Full
More posts by the Author »