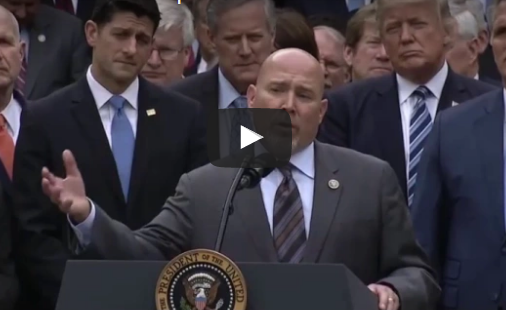 No single member of Congress deserves more credit for the passage of last week’s re-worked American Health Care Act (AHCA) than New Jersey’s  Tom MacArthur (R-3), and given the competitive nature of his district, few arguably took a bigger risk in backing the controversial repeal and overhaul of Obamacare which will now go to the U.S. Senate.

MacArthur’s new status was confirmed on Friday when he joined President Trump and Congressional Republican leaders for a post-passage Rose Garden presser: