An Iconic Figure Who Was All Too Human 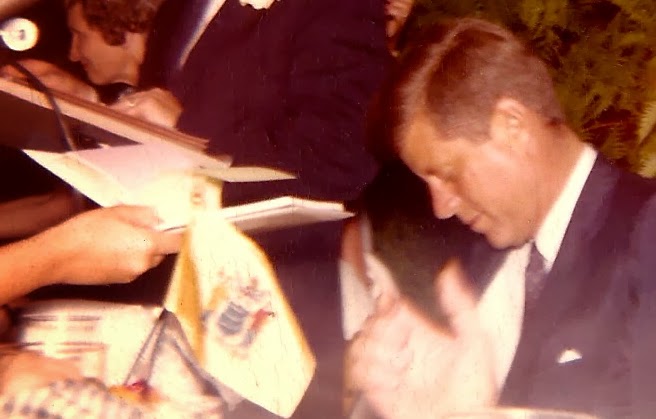 Today marks the 100th birthday anniversary of President John F. Kennedy and we are awash in related stories and personal recollections.
As usual, people are recalling where they were and what they were doing when they heard the news that JFK had died.

But why should I tell you about where I was and what I was doing when on November 22, 1963 when I can tell you about the evening in June 1960 when I met JFK.

Born nearly one-year to the day after the end of World War II, I was just shy of 14 when I was brought up to the dais at a Democrat fund-raising dinner in Camden to meet the man who would become the youngest president ever elected. I was a scrawny kid, less than 100 pounds with big ears and all the clumsiness of that dreadful phase between childhood and whatever. Sports held no interest for me. Politics was my baseball and this was as close to the World Series as I was gonna get.

At the time, Kennedy was still fighting for the Democratic presidential nomination and it was still not clear whether his own party would chose him as their standard bearer.

But the Democratic organization of Camden County was star struck and so was I. Forget that the New Jersey delegation to the Democratic convention was still technically committed to then Governor Robert Meyner as a favorite son. This night belonged to Kennedy.

Kennedy sat just to the right of the podium in Camden’s old convention hall, a former armory that had been dressed up for the occasion in bunting, flags, flowers and huge photos of Kennedy and other Democrat candidates. Security as we now know it was non-existent and local media jockeyed with dinner guests to get close to Kennedy. The scene was a bit chaotic as the dinner’s chairman struggled to establish order and get the evening underway. 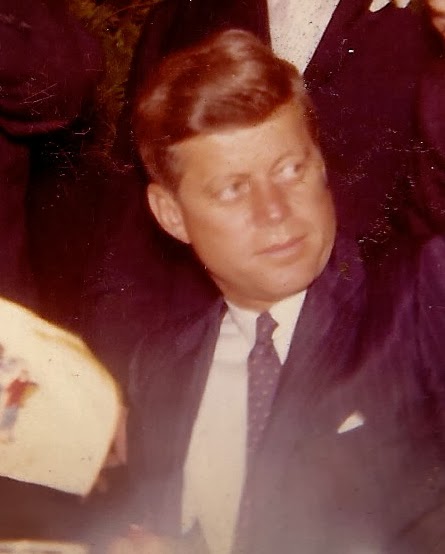 But I was probably the youngest (and maybe the most ardent) Kennedy fan in the house and a local ward leader was willing to escort me right up to the man who commanded the spotlight so that I could shake his hand.

When I met him, I instantly knew there was something different.

He didn’t seem full of himself like so many public figures. In fact, he seemed somewhat shy and awkward. He lowered his shoulders a bit and thrust his hands into the pockets of his pin-striped suit jacket. He looked away for a moment and appeared lost or detached, almost to the point where I wanted to help him. So many people were trying to get his attention. Amidst it all, he appeared to be holding something back.

But then he looked down at me and took my hand and smiled. The eyes, the hair, that smile, those teeth, the voice with its distinctive accent – in no time at all I came to understand why so many others were captivated by JFK. This man was magnetic. And he seemed to be completely without hubris.

I’m sure I told him how much I admired him and how much I wanted him to be elected. And I’m sure he thanked me and left me with some encouraging words. But I couldn’t tell you what was actually said because I was in the zone. I was enveloped by the magic of it all.

Turning to leave the dais, I took one last look over the hall from that vantage point. And at that moment I knew instinctively that politics was really show biz and that in just a few moments John F. Kennedy would have to perform. He would have to meet the ceaseless expectations of yet another hungry crowd.

Still nostalgic for FDR, this audience wanted an updated version of all that charm and sophistication – someone who would not merely lead them but who would now inhabit their lives through the miracle of television.

So, JFK would do for TV what FDR did for radio. He would turn it into a potent tool to achieve a history-making victory in November.

And that’s how most people came to know Kennedy, through television. He was uniquely suited to the medium because as I noticed on the evening I met him he was cool, unassuming and incomplete. Each person was free to complete that part of him that was hidden from view. This is the perfect persona for a medium that feigned intimacy.

Charles deGaulle once said that a leader must always retain an element of mystery. “There can be no prestige without mystery,” he explained “for familiarity breeds contempt.”

JFK knew the secret that we call charisma. He never allowed us to become too familiar.

And his untimely death seals that in perpetuity.

Note: the photos that you see above and below were taken by me on that night in 1960 when I met John F. Kennedy.