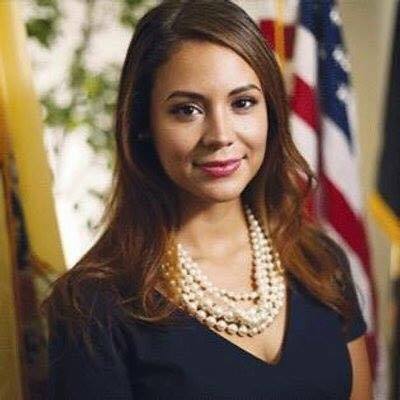 Assemblywoman Maria Rodriguez-Gregg (R-8) is reportedly facing Obstruction, DWI, and other related traffic offenses in Mt. Laurel, Save Jerseyans, stemming from an April 28th traffic accident in which she was allegedly rear-ended at a Route 73 traffic light by another vehicle.

Police scrutiny reportedly began when an officer on the scene claimed he smelled the odor of marijuana in the legislator’s vehicle.

The obstruction charge reportedly stems from Rodriguez-Gregg’s refusal to consent to a sobriety test.

A young Latina Republican and member of the Assembly Budget Committee who’s considered by some to be a rising star in the party, Rodriguez-Gregg vehemently contests that accusation and all of the accident’s resulting charges.

“Ms. Rodriguez-Gregg explained to the officers that she does occasionally smoke cigars and had done so earlier that evening, but had not smoked marijuana or consumed any illegal substance. Although the officers conducted a search of the car, and nothing illegal was found, she was arrested on suspicion of driving while under the influence of the drug,” explained the Assemblywoman’s attorneys in a statement obtained by local media.