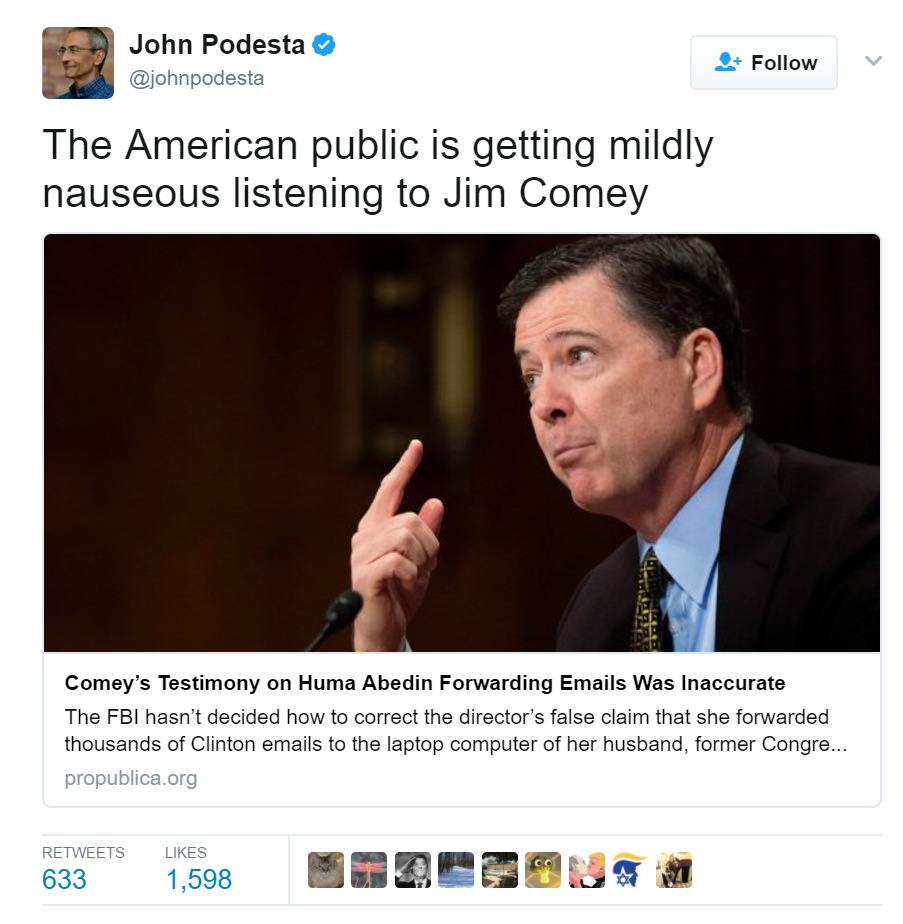 It’s awfully hard for Democrats to throw shade at Donald  Trump over Comey’s canning while simultaneously blaming him for Hillary’s 2016 disaster, Save Jerseyans.

For proof, look no further than Clintonista-in-Chief John Podesta’s Twitter page on Tuesday, mere HOURS before news of the FBI Director’s dismissal broke:

The American public is getting mildly nauseous listening to Jim Comey https://t.co/fiE9zaT0x0

Why do bad things have to happen to good narratives?