Where does the race to succeed Chris Christie as New Jersey’s titular GOP leader stand? Today?

According to a new Stockton University poll, the first since early May…

Between the polls, Guadagno solidified her lead, moving from 29 percent to 37 percent while the numbers for Ciattarelli, R-16th, barely changed from 19 percent to 18 percent. It appeared undecided voters mainly moved to Guadagno as their share of respondents declined by 10 points. Among only respondents who made a candidate choice in the latest poll, Guadagno would lead Ciattarelli 54 percent to 27 percent.”

Significantly, nearly 1/3 of NJGOP voters remain undecided despite what Stockton concludes has been some significant movement in the LG’s direction.

Here’s the horse race in chart form courtesy of Stockton: 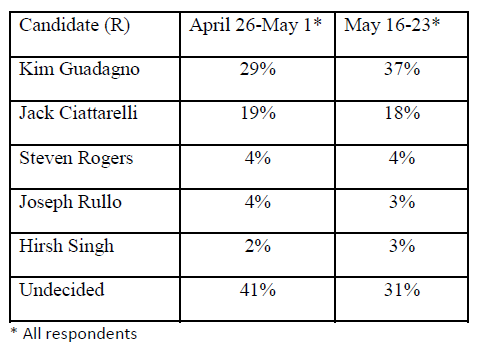 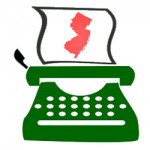 The Staff
SaveJersey.com's Network of Contributors keeps you up-to-date on everything worth knowing in the Garden State. You're welcome!

The #NJShutdown verdict is in, Save Jerseyans, and it ain’t pretty for Chris Christie (or anyone in Trenton for that matter). Overall, somewhat more people blame him for the recent state shutdown than the legislature according to Monmouth University’s polling apparatus. His personal job approval rating is down to 15%. A full 55% says the state […]