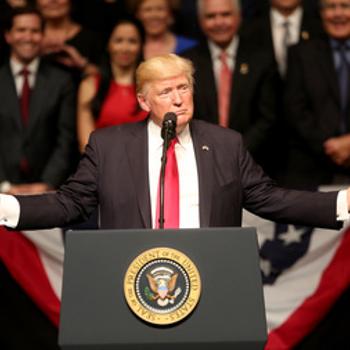 Ladies and gentlemen, our country is facing a potentially perilous situation.

The long knives are out for our duly elected president and his family.

The establishment wants nothing less than to overturn the results of the 2016 election and they intend to start their nefarious undoing right at the top with President Trump.

There’s little doubt that this is what special counsel Robert Mueller has in mind, especially since it’s now been revealed that Mueller has expanded his investigation to include the business dealings of the president and his family. And Mueller and former FBI Director Comey are thick as thieves.

But, make no mistake about it — it’s not just Mueller and Comey who are after Trump, though Mueller alone (with all his investigative and prosecutorial power) is bad enough. No, the entire “elite” establishment is after President Trump. By this we mean the massive cartel that includes DC insiders (both Democrat and Republican) Big Labor, Big Media, academia, the liberal cognoscenti and pretty much all of those who control the popular culture and the arts, such as they are.

You see, Donald Trump has never, ever really been an “insider.” He’s always been somewhat of an iconoclast — someone who makes the establishment uncomfortable; someone who calls them out and doesn’t hesitate to attack their cherished beliefs; someone who’s not afraid to take them on. He’s a man who goes his own way, chases his own dreams and charts paths that few others ever even dreamed of. 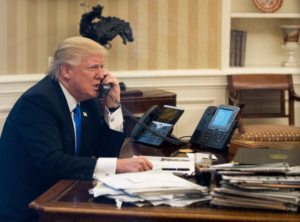 Trump’s always been a triple-threat to the establishment: he’s not only daring and smart but he quickly accumulated the money (and to some degree, the influence) to take them on. Still, they were able to dismiss him as a sort of wacky and egotistical contrarian who was largely benign so long as they left him to built his buildings and his brand. It was when Trump sought real power and moved to enter their realm that they were forced to take another look at him. But even then, many self-appointed elites still shrugged him off with their usual air of feigned insight and puerile sophistication.

And Trump’s victory left them unhinged.

But it didn’t take long for them to coalesce around a plan to take Trump down once and for all.

Now, they have their pieces in place.

Now, they can begin to muck up his presidency, week by week, day by day and hour by hour until they take him out.
Think about it. This is the nullification of democracy. That’s what’s at stake here.

Be sure of this — they want to teach President Trump, or anyone else who tries to take then on, a never-to-be-forgotten lesson.

This is bad news for you and I — bad news for ordinary, hard-working, taxpaying Americans who live by the rules and don’t have entree into (and are not likely to ever gain entree into) The Club.
There’s only one way to fight back, friends.

We’ve got to organize and rally and mobilize and raise a collective ruckus until they back off. To be sure, President Trump will continue to fight this cabal tooth and nail. He’s not afraid of them and he won’t give up. But he and his family cannot do it alone.

They need us now and in the days ahead.

They need us more than ever.

The hours has come. The time is here. The stakes are dire.