From running for President to peddling t-shirt merch but #TheFutureIsFemale.. or something? 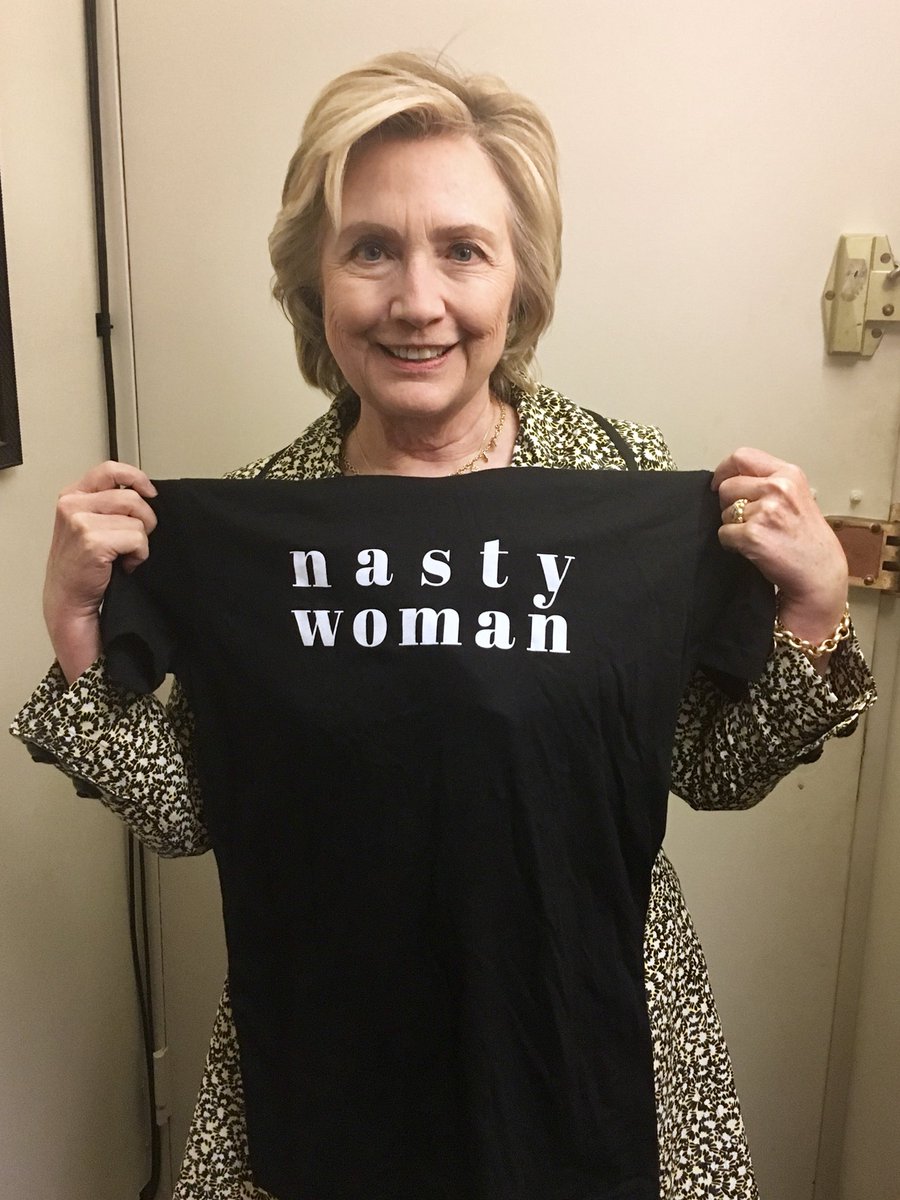 Just when we think she could not possibly be any more out of touch, she manages to prove us wrong by hanging on to the “nasty women” moniker from the campaign:

Above is Clinton pictured in a tweet, holding a t-shirt that reads “Nasty Woman” where she advises her followers to support the not funny comedian Samantha Bee and the baby butchering operation, otherwise known as Planned Parenthood, by purchasing the shirt.

The shirt is a reference to a comment made during the third presidential debate where candidate-Trump interrupted (or, “manterrupted” as the feminists would say) Clinton and said, “Such a nasty woman.”

The exchange went as follows:

HC: My social security payroll contribution will go up, as will Donald’s, assuming he can’t figure out how to get out of it. But what we want to do is to replenish the social security trust fund..

DT: Such a nasty woman.

HC: ..by making sure that we have sufficient resources…

I could never image handing my little girl this shirt… it's degrading, sad and reinforces a negative image on young women. #SAD

"I ran for President of the United States of America, and all I got was this 'nasty woman' T-shirt."–Hillary Rodham #Clinton pic.twitter.com/hJFSNt2MRh

Are you sick of her yet, Save Jerseyans? We sure are.

Almost enough to buy the shirt if she promises to go away….