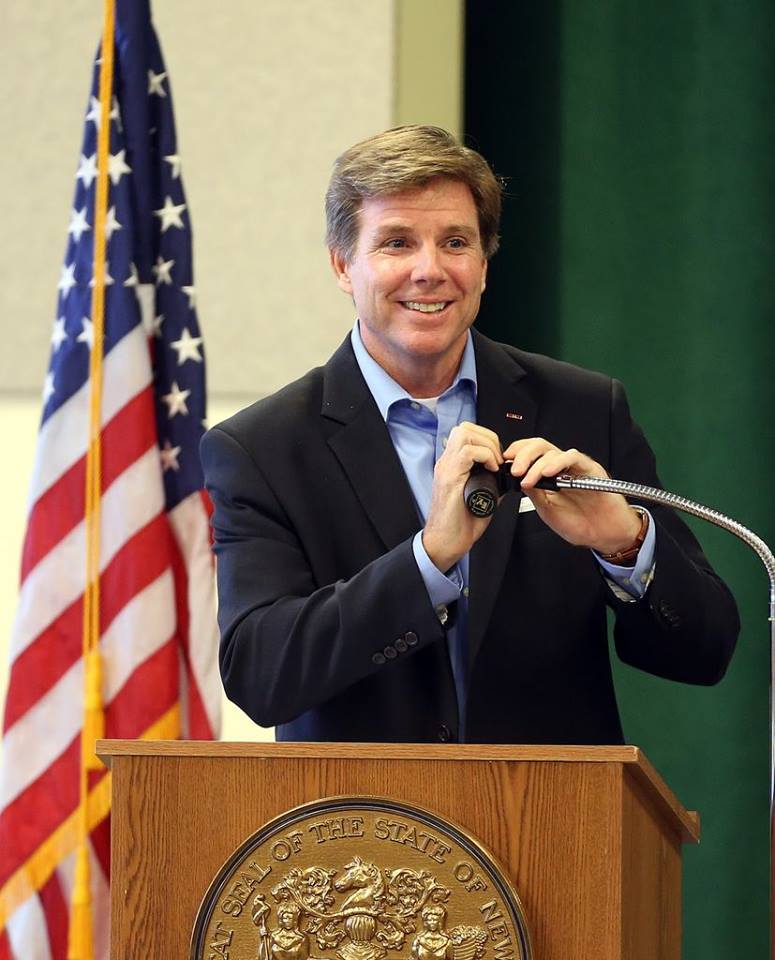 Governor Chris Christie placed full blame for the New Jersey government shutdown on Speaker Vincent Prieto ahead of a 2:30 p.m. Saturday afternoon address to the N.J. Senate, Save Jerseyans:

He even went as far as to direct state offices to plaster posters on their doors and billboard  signs blaming the shutdown on Prieto who, it appears, is perhaps guilty of only political ineptitude as he pushes back, seemingly in vain, against a Christie-Sweeney backed scheme to raid Horizon’s reserves and jeopardize the health (and premiums) of 38% of New Jersey’s population.

Not every Republican ascribes to the Governor’s version of how we arrived at this sad pass.

“I worked very hard in a bipartisan manner to avoid a shutdown because I believe at a time when working middle class families are struggling to make ends meet and worrying if they will be able to afford to take their kids to the doctor if they get sick, we should be working together to make healthcare more affordable, which is why I fundamentally disagree with Governor Christie’s plan to raid Horizon BC BS’s reserves and his bullying tactics to shut down government in order to bend weak-kneed politicians, like Assemblyman Vince Mazzeo, who joined with Governor Christie and voted to shut down government, which will ultimately force working families in Atlantic County, whom I represent, to pay more for their health insurance,” said Chris Brown (R-2), an assemblyman from Atlantic County and the 2017 frontrunner for that district’s open senate seat.

“Despite the shutdown, my legislative office will remain open during normal hours,” Brown added for good measure. “If you have any questions, call or email my office at 609-677-8266 or AsmChrisABrown@njleg.org.”

The chances of Brown or anyone else getting anything done today?

Zero percent according to our well-placed State House sources.

All anti-Prieto faction members are now playing the long game to ‘force out’ and replace Prieto in order to get the Horzion legislation through the legislature, pass a budget and reopen state government. They like their chances.