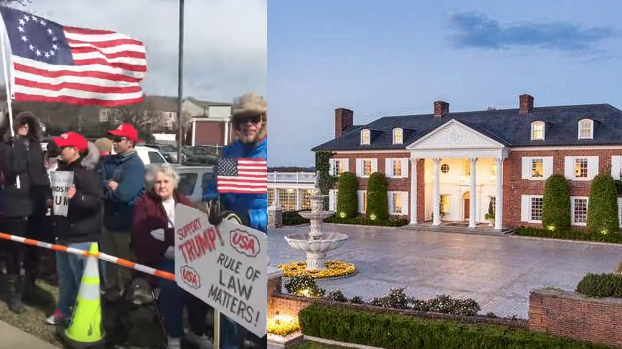 Donald Trump attracts controversy wherever he goes, Save Jerseyans, so when he attends the U.S. Women’s Open this weekend at his Bedminster golf course, a/k/a the “Summer White House,” anti-Trump protesters will reportedly turn out in force.

There will be a dissenting protest, however.

Save Jersey has learned that Americans Push Back for Trump, a group responsible for organizing pro-Trump roadside rallies including one in Middletown, New Jersey, is hosting a rally on Saturday July 14th from 12 to 3 p.m. at the intersection of Route 206 and Lamington Road.

“AFTER MONTHS OF NEGOTIATING WE FINALLY GOT THE GO AHEAD TO DO ANOTHER RALLY IN BEDMINSTER. TRUMP NEEDS US,” the organizers announced on their Facebook event page. “The Trump folks need the People to push back on the ignorant hateful progressive protestors [sic] that just want ot [sic] obstruct the desperately needed fixes President Trump is doing for us.”