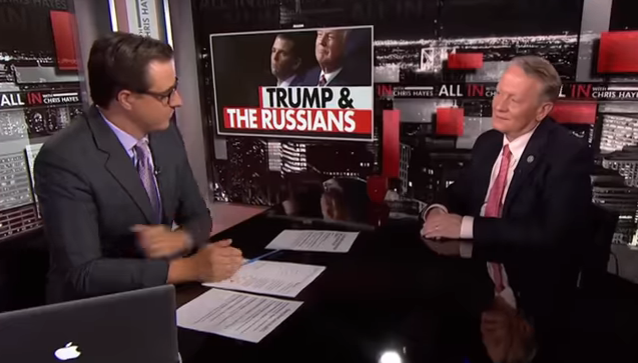 Leonard Lance (R, NJ-07) has made strides to distance himself from President Trump since January, Save Jerseyans, and in the wake of a controversy concerning senior Trump campaign officials and a Russian lawyer, the Central Jersey congressman wasn’t willing to pre-judge anything as the investigation remains ongoing.

He said a lot of other stuff, too, fielding six full minutes of questioning from the Chris Hayes.