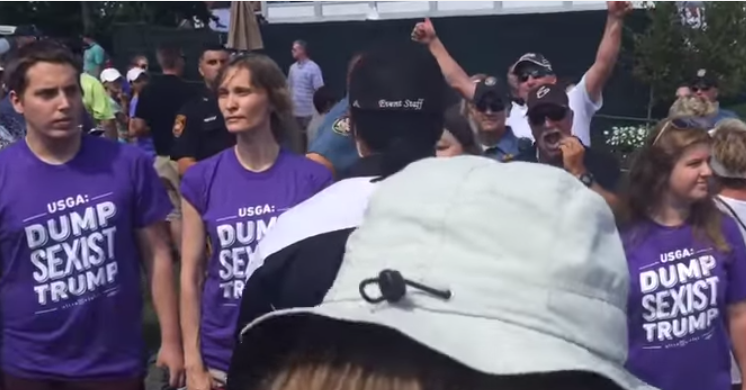 A bunch of women from the group ‘Ultra Violet’ — who presumably voted for the wife of an accused rapist last November — donned purple shirts and embarrassed themselves this weekend, Save Jerseyans, protesting President Donald Trump during his visit to the U.S. Women’s Open tournament in Bedminster,  New Jersey.

According to the rabble’s website, “UltraViolet is a powerful and rapidly growing community of people mobilized to fight sexism and create a more inclusive world that accurately represents all women, from politics and government to media and pop culture.”

NJ.com described the following as a  “clash” but that’s giving these morose ladies a little too much credit: