Georgetown/MSNBC commentator: Camden, N.J. spends too much on police, not enough on schools 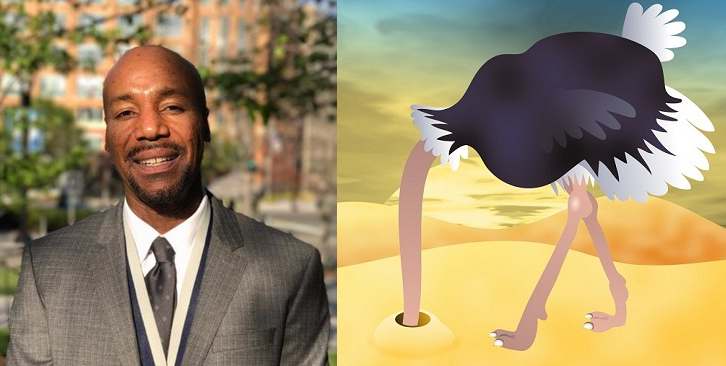 The Left’s anti-police rhetoric has reached a fever pitch ever since the domestic terrorist group “Black Lives Matter” entered the conversation, Save Jerseyans.

We’re all familiar with the rhetoric: Cities like Chicago, Los Angeles, and Newark would be peaceful, prosperous, multi-cultural utopias were it not for the racist, evil men and women in blue! That’s what these far-left liberals REALLY believe, and I use the word “believe” instead of “think” deliberately because no logical being could arrive at such an absurd conclusion unless (1) said person is an uninformed moron or (2) said person is trying to manipulate voters.

Read this Wednesday afternoon tweet and tell me into which category you think Mr. Butler belongs:

4/4 Q6: Camden NJ would be better off divesting resources from police and investing in housing, schools and health care. #NewsHourChats

My best guess? A little of both.

You see, Save Jerseyans, pseudo-intellects like Paul Butler make their bones not through serious academic inquiry but by latching onto cultural controversies like a remora attached to a shark. Race-baiting predators? Or political parasites? Both work. If the last “racist” died tomorrow, guys like Al Sharpton, Jesse Jackson and Paul Butler would be out of work and unlikely to find an honest living doing anything else. For now, Mr. Butler is pushing a conciliatory-sounding book on Amazon called “Chokehold: Policing Black Men.”

That’s category #2. The predatory profit incentive to make shit up. And I’m not even going to get into the bad math behind Mr. Butler’s premise that policing is inherently racist because….

Numero uno? Butler’s facts are just plain WRONG when it comes to Camden, New Jersey, and it’s unclear where he knows it.

Our regular readers know the numbers by heart. New Jersey taxpayers spend a staggering $30,000 per K-12 pupil in Camden on an annual basis. And I do mean “New Jersey” taxpayers; nearly 92% of that $30,000 sum is derived from state aid, NOT local tax levies.

Thirty grand should be enough to buy a world class education. It’s roughly TWICE the annual tuition for Don Bosco Prep, one of New Jersey’s most highly regarded private Catholic high schools, and more than THREE times the cost of Paul VI High School, my alma mater located in Haddonfield, New Jersey, right down the road from Camden.

The City of Camden also isn’t an exception to the rule. Of New Jersey’s approximately 600 districts? 31 (including Camden) cumulatively receive around 2/3 of the total state aid.

But guess what, Paul Butler? These massive expenditures directed at Camden’s public schools and its socio-economically similar sister cities in recent decades have NOT resulted in a correlating gain in student achievement. Not at all. In 2013? A particularly infamous year? Only THREE students scored college-ready levels on the SAT.

There’s more, Paul. Back in 2011-2012, Camden anticipated your advice and dramatically cut back its police department and laid off a ton of cops. Crime spiked. The county subsequently seized control of the police department.

So when you bring up Camden as an example of the need to cut back police to spend more on education?

You’re talking out of your ass.

Stay in your ivory tower and race bait till your heart’s content, but please do some research before opining on New Jersey’s troubled urban centers. Your facts couldn’t be further off base.