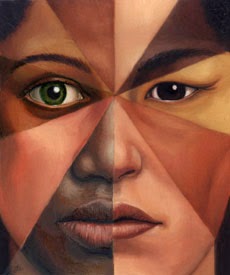 Every day in a multitude of situations, everywhere I turn I see Americans joining together, treating each other with respect and dignity and cooperating with one another.

I see ALL Americans getting along with one another day in and day out. And I see this in a myriad of ways — a greeting, a simple smile, holding the door for someone, lending a hand, jumping in to help someone out. I see Americans of every color and every persuasion interacting in positive ways — living together, working together, enjoying life together. This is all good.

Yet, once again we find ourselves drawn to what appears to be another racial conflict, magnified and touted by the media as if civil war has broken out.

And we seem eternally haunted by a history of racial division.

So, let’s repeat something that first appeared here in 2015. It just seems appropriate now:

When asked what Americans might do to heal the racial divide in our nation the esteemed actor Morgan Freeman once answered in three words: “Stop talking about it.”

It does make a lot of sense, doesn’t it?

We would then be living up to Dr. King’s admonition to judge each person on the content of his character and not the color of his skin.

But it hasn’t always worked out that way, has it?

In the first half of the last century the South kept a rancid form of racism alive with strictly-enforced segregation and Black disenfranchisement. In the second half of the century the North gained the upper hand through the enactment of civil-rights laws and the introduction of what was arguably a sort of reverse racism in the form of affirmative action, quotas, burgeoning race-related regulations and the dreaded political correctness.

Then, as the new century entered its first decade a huge breakthrough arrived far sooner than most people expected.
America elected its first Black president.

But this man who identified himself as African-American was really the product of a mixed-race marriage – a white mother and a black father. He was blended and, as such a person of color.

No matter, as might be expected, Blacks supported him at a rate of nearly 100 percent and they were joined by other persons of color as well as white liberals and young people.

As more than a million people witnessed his inauguration live in front of the U. S. Capitol Building, many wept openly and even the most die-hard skeptics expressed great hope. This was truly an historic moment — a moment of such profound significance that it was really hard to find words to express it.

And now, here it is a mere 72 months later and we are once again mired in racial strife, conflict and tension.
Racially, the nation seems to be once again on tenterhooks.

Well, actually a lot has happened since the civil rights revolution — and plenty of it good.

According to the Census Bureau the median income of Blacks has nearly doubled since 1964 and the poverty rate among Blacks has fallen by 14 percent. Twenty-six percent of Blacks had high school diplomas in 1964; 85 percent did in 2012. And the number of Black people who have completed four years of college jumped from 4 percent to 21 percent.

Since 1964 discrimination in public and private hiring has been outlawed and the Equal Employment Opportunity Commission (EEOC) was created to enforce and advance these efforts. Indeed, African-Americans can now be found in every type of job and at pretty much every job level. And we all know that affirmative action and loan and incentive programs have actually encouraged the acceptance of minorities at colleges and universities and in hiring.

Discrimination walls have also fallen in the area of housing, public accommodations and most every other aspect of American life to the point where there is virtually no neighborhood or no public place that is off limits to any racial or ethnic group.

Likewise, Blacks and other minorities have made huge strides in the world of entertainment and advertising: TV, movies, theater and the popular culture.

Beyond all that, every public and private agency, corporation, group and entity imaginable has been sensitized to the laws and rules against racial discrimination and the need to reach out to, help and actively recruit racial minorities. If you don’t know about any of this, you simply haven’t been living in the same world we’ve been living in.

And yet, we still have anger, resentment and race-related or race-induced violence. And we’re still told that we haven’t done enough to repair the racial divide in America.

Why is this happening and where and how will it all end?

Was James Baldwin right when he said decades ago that “To be a negro in this country and to be relatively conscious is to be in a rage almost all the time?”

Is that the way it has to be? Is the DNA of our nation so damaged by the scourge of slavery that this is the way it will always be?

Well, let’s take a look at President Obama once again.

Let’s do that, because in one very real way, he came to mirror the future of America.

Demographic experts tell us that among young people in this nation within a few short years there will be virtually no racial minorities. That is to say that among this group racial subgroups will be, statistically, fairly equal. What’s more, by 2050 the nation will look that way as well — each racial or ethnic group making up a nearly equal or close to equal portion of the total population.

This will happen for two reasons: Racial minorities are younger now and they will have many more children and at the same time, another big development that is already underway will accelerate: There will be much more intermarriage and blending of the races.

Interracial marriage in America was once not only a stigma but in many states it was downright illegal.

But those stigmas and laws have fallen as well and by 2010 about 15% of all new marriages in the United States were between spouses of a different race or ethnicity from one another, more than double the share in 1980.

In fact, a quarter of all Americans now have a relative who is in a mixed-race marriage. And that number will keep growing.

By the middle of this century, America will be well on its way to being racially blended.

The future will be neither black nor white but somewhere in between.

The typical American citizen will simply be a person of color but he or she may not even be referred to that way as this will be the norm.

Vast numbers of people will be of (and have allegiance to) no particular race.

And maybe (nearly 200 years after the civil war) that’s how the racial divide will finally end.