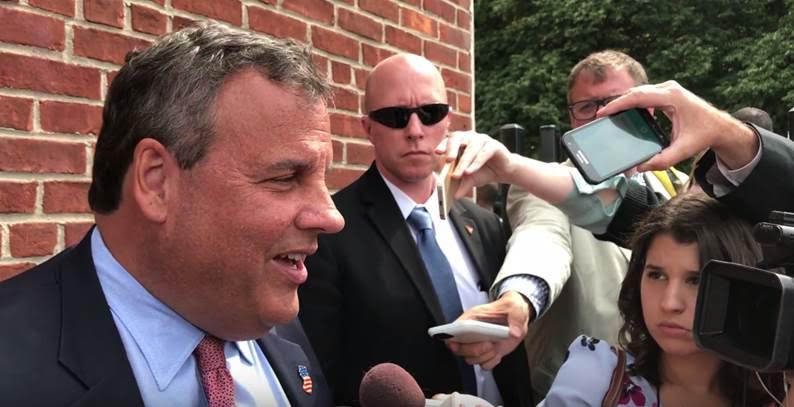 Twenty Texas representatives opposed the Sandy aid package a few years back; no one should be surprised that that decision elicited a strong response from Chris Christie on Monday as Harvey continued to pound the Houston region:

But will a future Harvey bill contain the same level of pork barrel spending that characterized the Sandy package? Including “taxpayer money earmarked for Alaska fisheries, Amtrak ‘expenses,’ new vehicles for assorted federal agencies, and a range of other pork projects completely unrelated to the hurricane“?

And will the usage of federal Harvey relief funds come under scrutiny as was the case in New Jersey?

There’s always more to the story, Save Jerseyans. Think for yourself.

I wrote extensively about these issues back in 2013 and 2014. As predicted by me at the time, the federal aid approved by Congress was poorly executed. Accusations of corruption were rampant. It took years to get folks back in their homes. Some never got back into their homes. We saw it with my own eyes.

My ultimate opinion hasn’t change: Shouldn’t righteous anger be directed at the people who use disasters as an excuse to line their friends’ and donors’ pockets? As opposed to the folks who refuse to go along with it?

Governor Christie: Of additional resources we are going to be sending to Texas. Obviously, our folks are unfortunately, extremely well trained at both the National Guard level and the State Police level in responding to you know a disaster like this and so our office has been in touch on a regular basis with Governor Abbott and his office and so we’re going to be looking to help in every way we possibly can. So we’ll have some more announcements later this afternoon of some more resources that the Governor needs and that has asked for and that we’ll be able to provide.

Reporter: Can you give us a hint?

Governor Christie: No but because I have to go through all the officials channels. You can expect that will come later on today. And we’ll just continue to help in every way we can. I also know that you know when you’re going through this just knowing people are there to help is really important and then you can call on those resources when you need them. So I’m not wasting my time picking up the phone, calling Governor Abbott, he’s got plenty to do. We spoke before the storm and I let him know, anything he needed we would be here to help.

Reporter: Do you think it’s hypocritical that some legislators who rejected Sandy aid are now asking for this aid from…?

Governor Christie: Absolutely, sure. The congressional members in Texas are hypocrites, and I said back in 2012, they’d be proven to be hypocrites. It was just a matter of time. You know when you’re a state that has any kind of coastal exposure, like Texas does to the Gulf, you’re going to wind up having some type of disaster that’s going to befall the people of your state. Then, all of a sudden, you’re not going to want a conversation of all the philosophical niceties because people are suffering and dying and you want to make sure you minimize that as much as you can. That’s why I took the steps in 2012, when I did, to oppose the folks, the Republicans in Congress, who delayed Sandy aid. We were the disaster that was the longest in waiting in terms of getting federal aid, and I hope that’s not what happens to the folks in Texas from Harvey, and I can tell you this. I’ll be urging all the members, even though I’m sure there’s going to be some temptation by New Jersey House members in particular to drag their feet a little bit based upon what these folks in Texas did to us during Sandy. I’m going to be urging all our members to rise above that and provide the aid as quickly as possible and I’m sure that New Jersey members of Congress will be supportive of what needs to be done to help the people in Harvey.

One thought on “VIDEO: Christie swipes at Texas ‘hypocrites’ over disaster aid. But were they?”