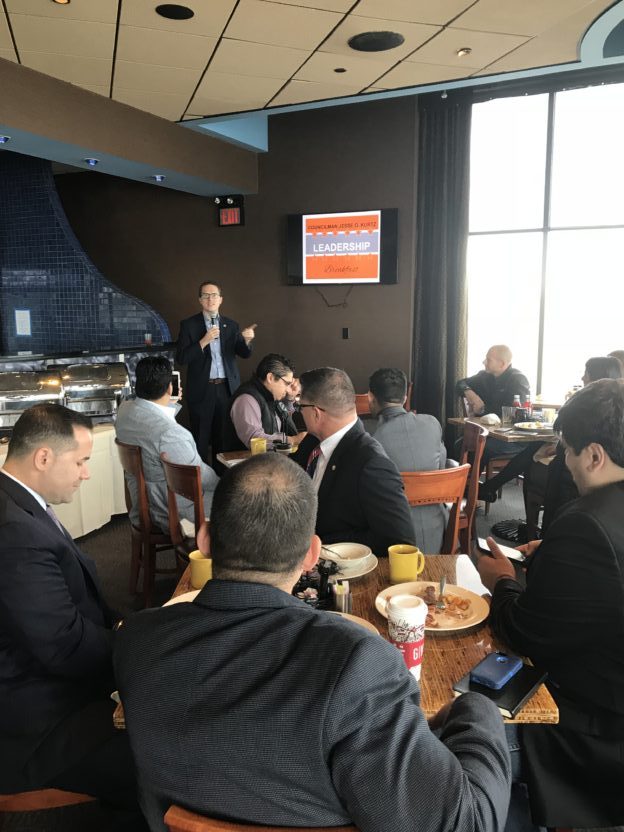 Councilman Kurtz told a few dozen attendees from all corners of the state, comprised of local elected officials, conservative activists and campaign operatives, the remarkable story of #ChoiceAC – choiceatlanticcity.com – the school voucher scholarship referendum effort in Atlantic City that came within a 2-point swing (48% yes/52% no) of success – in a presidential election cycle.

The power of this idea broke through despite being massively overspent (6 figures+ to 4k) by the NJEA.

Kurtz told the attendees it was just one example of what could be accomplished in even “blue” territory, a hopeful theme of great interest given this year’s ugly GOP results in most counties.

Committeeman Michael Friedman of Voorhees spoke, too, and shared the story of how he got involved and successfully broke through the all-Democrat control to serve as the lone Republican on the governing body in machine-dominated Camden County.

Both Kurtz and Friedman are the lone Republicans on their respective governing bodies and have found a way to stay relevant, challenging the liberal status quo with their bold ideas. Attendees also learned about the efforts this year to get other challengers elected and plans for the future.

This gathering of young leadership was reportedly productive and, the organizers insist, the start of something important for the future of our state as the Murphy era in Trenton gets underway in several short weeks.