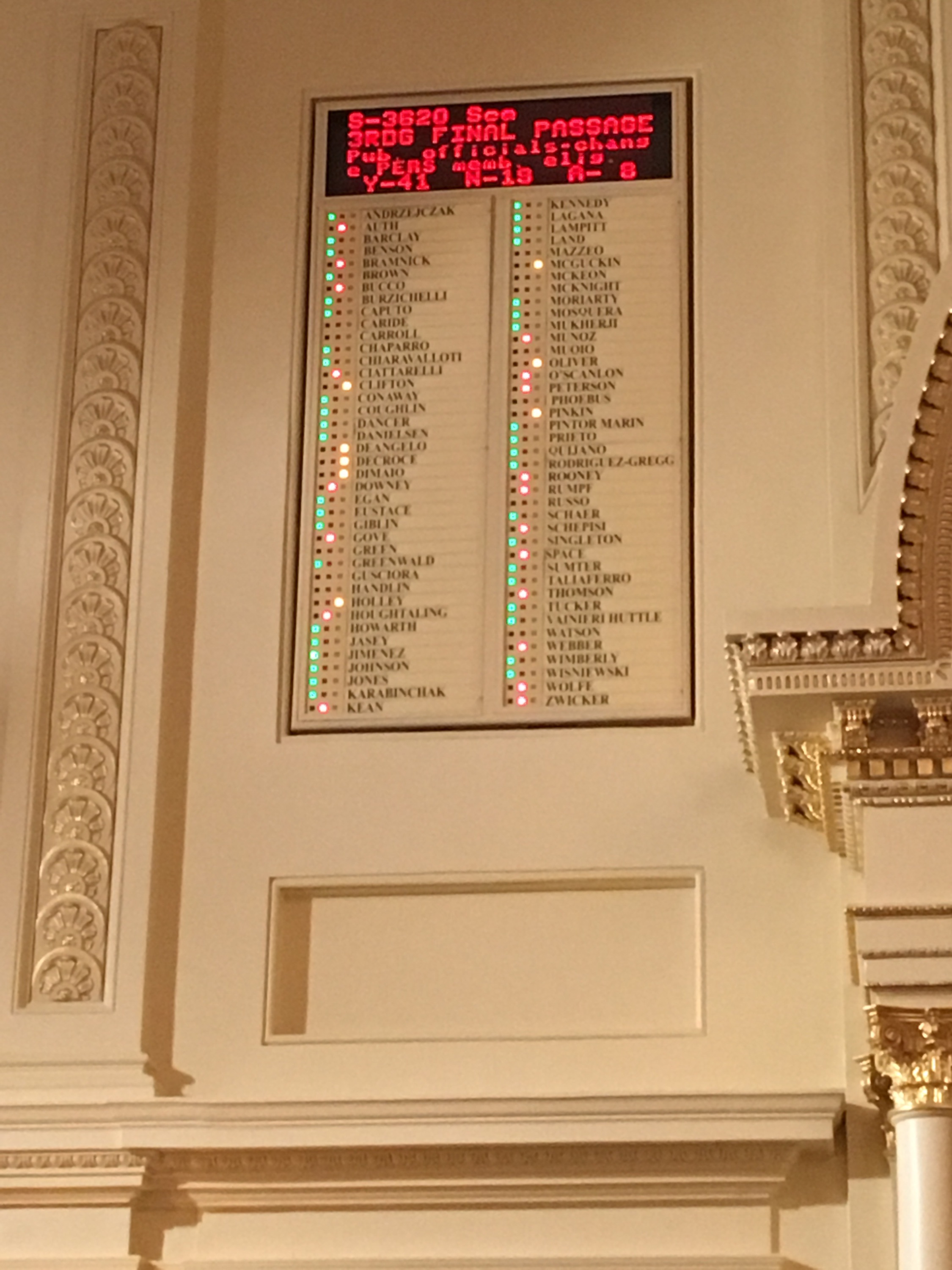 The notorious “special legislation” bill designed to pad the pensions of a handful of New Jersey elected officials – including Camden’s newly-former Mayor Dana Redd – reached the required number of votes for Assembly passage on Monday by one vote, Save Jerseyans, after being given preferential fast track treatment in the State Senate.

12 didn’t vote at all on final passage.

Again, that’s a SINGLE vote majority (40 or less and it would’ve failed), an outcome signaling leadership’s (and individual members’) careful monitoring of the board AND a conscious intent to pass the measure with as few votes as possible given the legislation’s seedy, institutionally-corrupt purpose….

Said another way? A bunch of politicians wimped out. 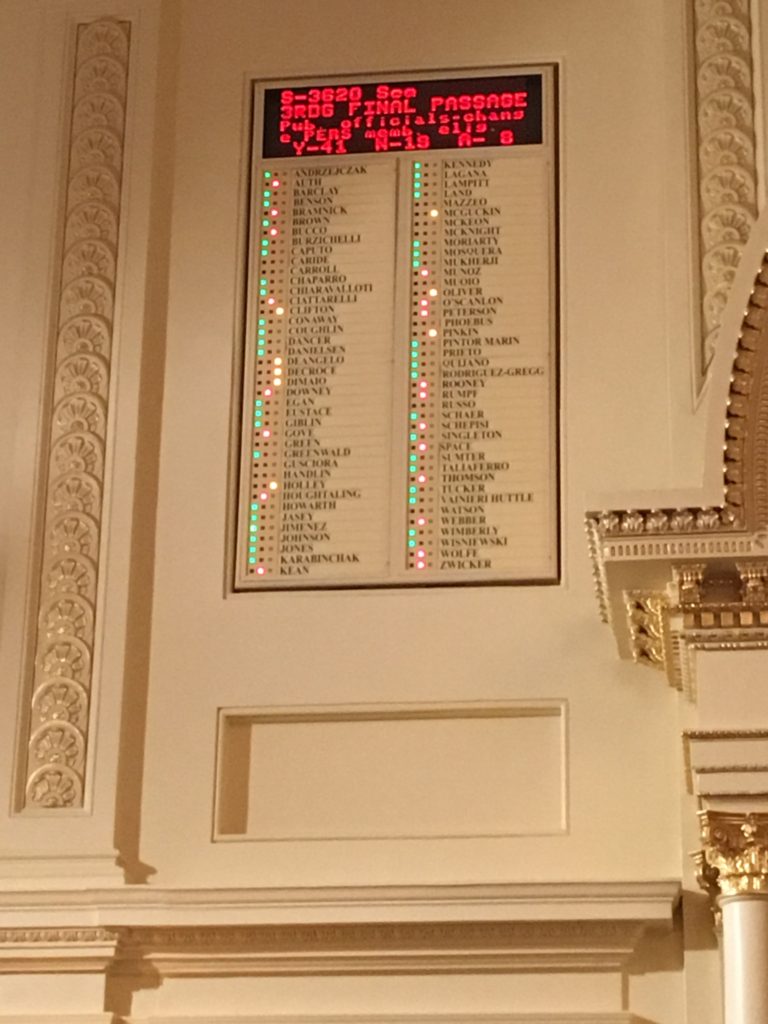 In case you haven’t been paying attention? Redd will now be permitted to re-enroll in the Public Employees’ Retirement System (PERS), creating an exception for her and a handful of others to the existing rule which impacted the pensions of officials who switch from one elected office to another office (she was formerly a state senator). The end result is a larger public pension for Redd, a connected machine Democrat.

All of this is going down at a time when New Jersey’s pension system is considered America’s least stable and public workers face future additional cutbacks and benefits reductions. #SopranoState