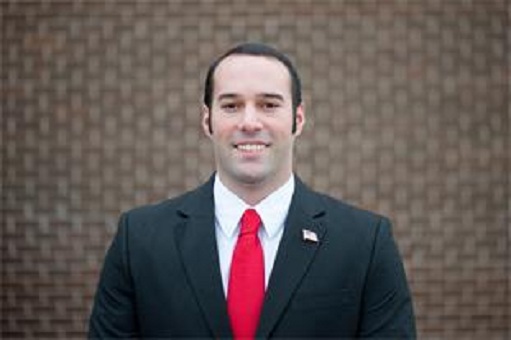 A confluence of district-related, state-wide and national factors have turned departing veteran U.S. Congressman’s Frank LoBiondo‘s NJ-02 House seat into a virtual lock for Democrats hunting for pick ups in 2018.

So say the experts.

These grim prognostications are hurting GOP recruitment for an opponent to state Senator Jeff Van Drew (D-1), but on Wednesday, at least one candidate emerged from the grassroots.

Brian T. Fitzherbert (fitzherbertforcongress.com) appeared on WPG Talk Radio 104.1 with Harry Hurley to announce his intention to seek the GOP nomination this June.

“I want to use my experience and education to bring South Jersey back to its promise,” said Fitzherbert, who describes himself as a project manager for defense contractors by trade as well as a native Jersey Shore resident. “This includes bringing priorities of the 2nd District to the forefront in Congress and working with members to get good legislation passed that focuses on the constituents and massive economic development.”

No other Republicans have formally announced for the seat.