It’s early, but Ciattarelli says he’ll run against Murphy in 2021 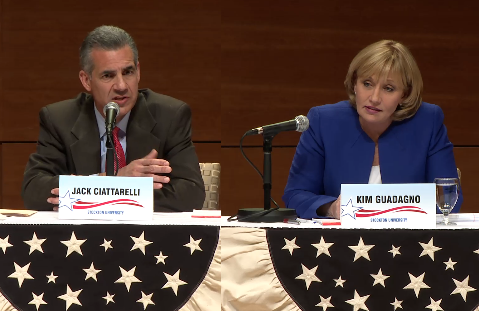 After declining to seek reelection to the Assembly in 2017 in order to run for governor, the Somerset County businessman and former LD16 legislator reportedly informed The Associated Press that “if asked today, I’m running.”

Guadagno’s win resulted in a party establishment split between Central Jersey Republican organizations aligned with Ciattarelli and the rest of the state’s institutional GOP which remained loyal to Chris Christie’s second in command.

He may not find a clear road to the nomination in three years’ time even though it’s far too early to know with any degree of accuracy. Other frequently mentioned GOP challengers for 2021 include Congressman Tom MacArthur, State Senator Tom Kean Jr., and Monmouth County Sheriff Shaun Golden.