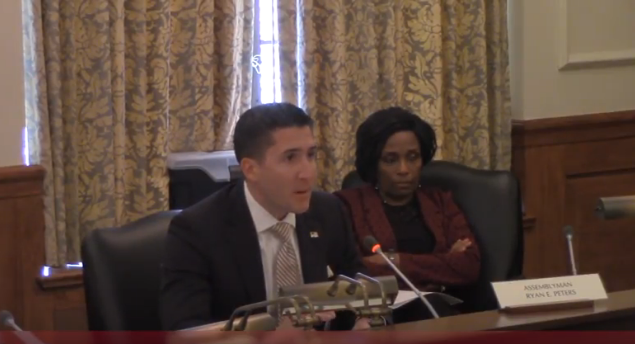 “Stop playing politics with resolutions that urge relief and lets really provide some,” said Peters during a committee hearing, citing S413/A3314 which still has not been scheduled for a vote under the Dome and echoing the sentiments of Rep. Leonard Lance (R, NJ-07) who urged similar action late last week. “Congress can’t lower our property tax bills but the state legislature can.  We should be moving bi-partisan legislation allowing people to deduct their full property tax bills from their state income taxes.”

Peters’s ire was raised by a Democrat-backed resolution which seeks to pass the buck back on Congress in the wake of federal tax reform’s adoption at the end of 2017.