Governor Phil Murphy wants to legalize marijuana in New Jersey. Most believe at least some change to the current laws is warranted. But according to a new FDU poll, Save Jerseyans, there remain deep divisions even inside the “legalization” camp as to what change should look like: 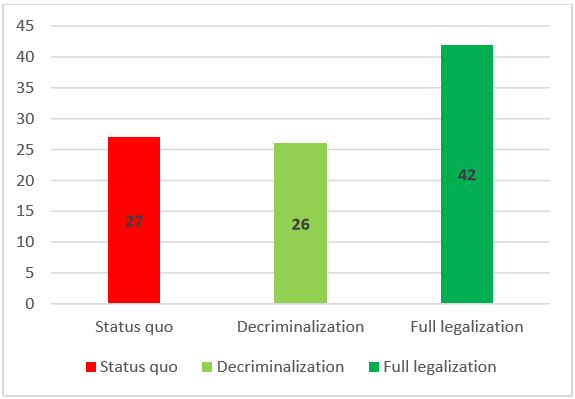 “When asked about a number of options for how the state should treat the use and sale of marijuana, 42 percent believe the state should make it legal for its sale and use. A quarter support keeping recreational marijuana illegal while maintaining the legality of medicinal marijuana (27%) and 26 percent favor decriminalization,” FDU reported. “In total, 53 percent provide support for something other than the legalized sale and use of the drug. However, two-thirds (68%) favor some degree of change to existing laws (26% decriminalization and 42% full legalization).”