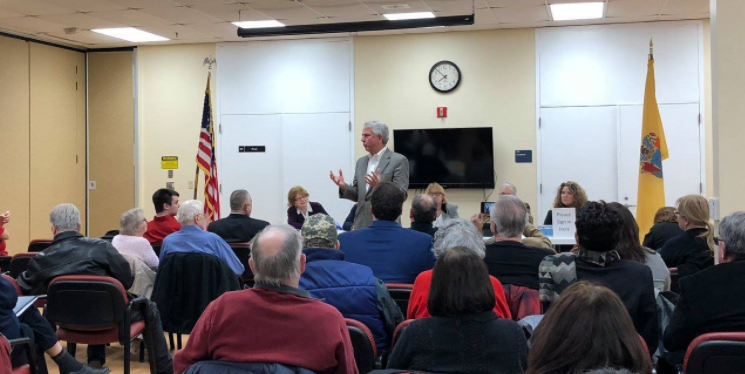 “Bob Hugin will be a Senator that all New Jerseyans can be proud of,” said Camden County Republican Chairman Richard Ambrosino. “After years of betraying the public trust and our state’s good name, it’s time we replaced Menendez with a person of honor and integrity to bring Jersey values to Washington.”

In Middlesex County, the screening committee voted 46-0 in favor of Hugin. Rich Pezzullo and Daryl Kipnis received unanimous endorsements in NJ6 and NJ12, respectively, on the House side of the ledger.

“Bob Hugin and this approved slate will be submitted for consideration for the MCRO convention a week from this Saturday,” said Middlesex GOP Chair Lucille Panos. “Bob Menendez’s legal and ethical troubles have Republicans ready to rally around candidates that stand for economic growth, fiscal restraint and putting the people first. We look forward to the convention and presenting quality candidates that residents will be proud of come Election Day.”

The first public poll found incumbent Bob Menendez leading Hugin in a hypothetical match up by 17 points but with a substantial amount of voters without firm opinions on the GOP newcomer.