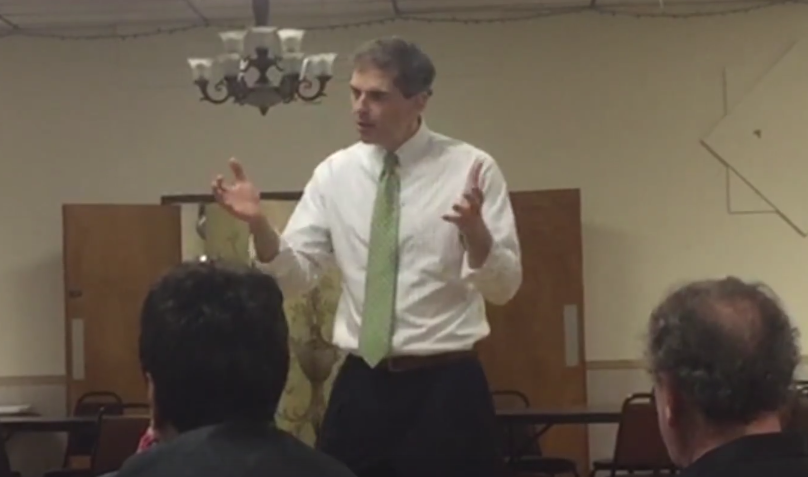 Since entering the race on February 21st, Ghee has raised just $62,050 in his quest for the NJ-11 Republican nomination; he has slightly less, $61,738, in cash-on-hand. Ghee backers had hoped to crack the six-figure mark to perpetuate the narrative of a strong launch and demonstrate their candidate’s viability notwithstanding his lack of experience in electoral politics.

Webber, for his part, raised $233,000 and maintains $220,000 cash-on-hand, a respectable sum given the shortened quarter  due to Frelinghuysen’s late retirement as well as a contested primary.

On Friday, the Morris County Assemblyman celebrated his fundraising haul as “a testament to the energy and enthusiasm of our campaign and its donor base.”

“I intend to run a campaign that will bring our message of lower taxes, strong national defense, and safe communities to each of the 54 municipalities in the district and this extremely strong fundraising start will give us the rescources to do just that,” Webber added. “In the coming days we’ll be launching enhanced voter contact efforts that will drive our supporters to the polls and let the voters of NJ-11 know why our campaign is the one that will stand up for New Jersey values in Congress and be victorious in November.”

Money or no money, Ghee still boasts the support of Essex and Passaic Republicans which, if Morris County’s vote splits significantly between Ghee’s rivals, could make things interesting.

And then there’s the matter of Peter DeNeufville, too, a late-in-the-race entry and former Christie fundraiser who says he’ll be able to self-fund. He’s also aimed his early verbal salvos directly at Webber.