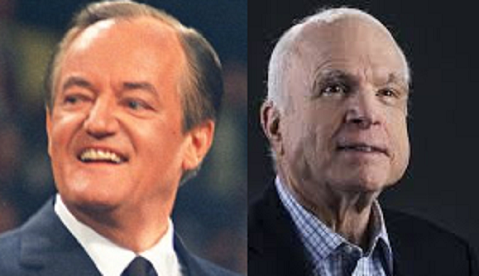 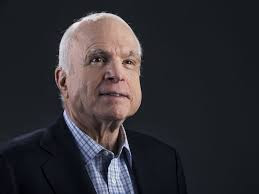 We were hoping we weren’t gonna have to write about this.

But events have pushed the matter into the spotlight and aroused such controversy that we are compelled to comment.

John McCain is intent on making headlines — right up until the very end.

No doubt he’s used to fame and he’s generated his share of controversy over the years. It’s also fair to say he’s come to love the spotlight, even when it shines on him under the most seemingly difficult circumstances. All of this makes John McCain not just inimitable but formidable as well.  He’s also irascible, uncommonly feisty and a certified contrarian.

Please don’t misunderstand us. We’ve supported John McCain Big Time over the years. You need look no further than countless postings on this blog to find evidence of that. We contributed to his campaign and worked as hard as we could in 2008 to help elect him. But it simply was not meant to be. Part of the reason is that McCain proved to be as enigmatic and inscrutable as many said he was. But there were moments — special moments — when we got to see a glimpse of someone we actually thought we might like. Not that you have to like a presidential candidate to support him or her but it does help. In fact, it can make a really critical difference. Just ask Hillary Clinton.

Anyway, there were still lots of good reasons to support John McCain and when we lend our support to someone we also like to feel good about the person as well. Unfortunately, John McCain hasn’t always made that easy. And that’s sad because he was a far more qualified candidate and far better equipped to assume the presidency than his opponent.

But once you’ve been defeated in your quest for the most powerful office in the world — well, it’s probably best to leave the stage for awhile if only because by that time the public likely needs a break from you. And you probably need a break yourself as well — at least a break from the political you. But McCain hung around and he just seemed to pick fights and get into trouble. And this reminded us of something a Capitol Hill staffer told us years ago. He said that among congressional staffers, John McCain was by far the most disliked member of the U. S. Congress — the one person you did not want to work for or with. OK, so that was hearsay. But for us, John McCain’s vote against the Obamacare repeal was truly beyond the pale. It wasn’t just the vote itself but the really nasty way that he carried out the vile deed. Not his finest hour!

Still, none of this was any reason to wish John McCain ill or to take pleasure in the awful hand he was dealt and his current state of affairs. Absolutely not!

Here, we are reminded of the late Vice President Hubert Humphrey, one of the few men who was able to successfully return to public office after losing the presidency (in a squeaker in 1968). In 1971, after taking a three-year break, Humphrey returned to the Senate and served with distinction for seven years. This genial Minnesotan was able to pull it off because he always live up to his reputation as a happy warrior. When many wanted Humphrey to seek the presidency one more time in 1976, he modestly demurred, declaring: “The last thing I want to do at this point in my life is make a fool of myself.” Hubert Humphrey had a right-sized view of himself and a generous, largely amiable view of others and the world around him.

In 1977, Humphrey revealed he was suffering from terminal bladder cancer. On October 25 of that year, he addressed the Senate, and on November 3, Humphrey became the first person other than a member of the House or the President of the United States to address the House of Representatives in session. President Carter honored him by giving him command of Air Force One for his final trip to Washington on October 23.

Humphrey spent his last weeks calling old political acquaintances. One call was to Richard Nixon (the man who defeated him in 1968) inviting Nixon to his upcoming funeral, which he accepted. In his calls Humphrey asked for forgiveness from all those who he may have offended and he generously offered forgiveness to others. Staying in the hospital, Humphrey also went from room to room, cheering up other patients by telling them jokes and listening to them. 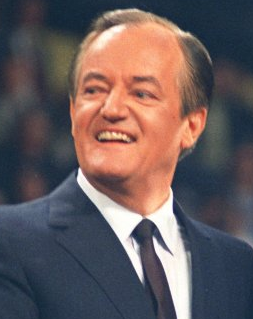 As he faced his final days, Hubert Humphrey did not try to settle old scores nor did he attempt to castigate or excoriate others. He understood that such judgements were left not to him, but to God. Perhaps that’s also why Humphrey did not write a tell-all book or attempt to reopen old wounds. But then again, Humphrey never appeared to be a spiteful or vindictive man.

After he died, Humphrey’s body lay in state in the rotunda of both the United States Capitol and the Minnesota State Capitol. Old friends and opponents of Humphrey, from Gerald Ford and Richard Nixon to President Carter and Vice President Walter Mondale paid their final respects. “He taught us how to live, and finally he taught us how to die”, said Mondale

We’re proud to have supported Humphrey in 1968 and McCain in 2008. But right now we feel a lot better about having supported the former than the latter.
“Bitterness is a cancer — it eats upon the host. It doesn’t do anything to the object of its displeasure.”
Maya Angelou
–