Phil Murphy gets political with his “thoughts and prayers” 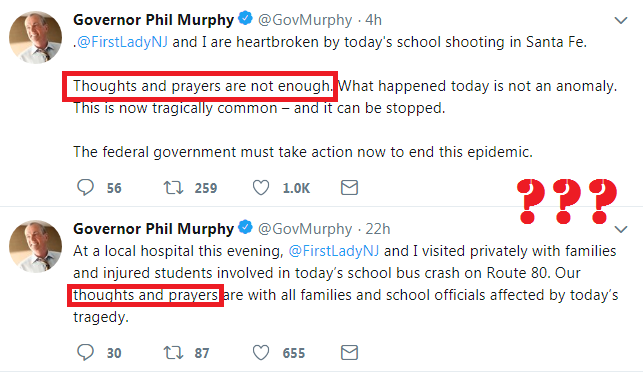 15 were killed in “school shootings.”

You get the point, Save Jerseyans. It’s a point I’m getting tired of making.

But while I share a general aversion to trite offerings of “thoughts and prayers” in the wake of each and every highly-televised tragedy, Governor Phil Murphy (D-N.J.) seems to be getting more than a little political with which prayers and thoughts he likes and which he does not.

Here’s a screen shot of back-to-back tweets from the Governor’s official Twitter account; the first concerns yesterday’s school bus accident in Paramus, while the second is a reaction to today’s deadly school shooting in Texas: 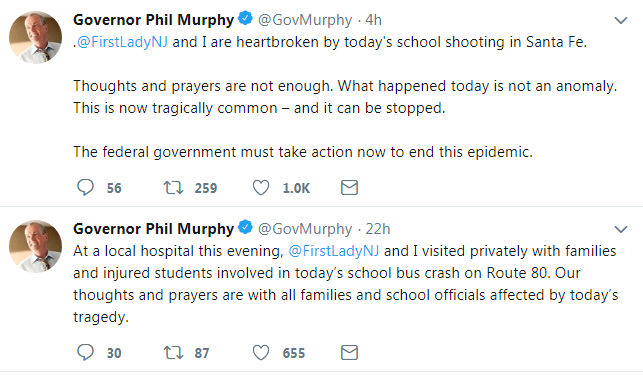