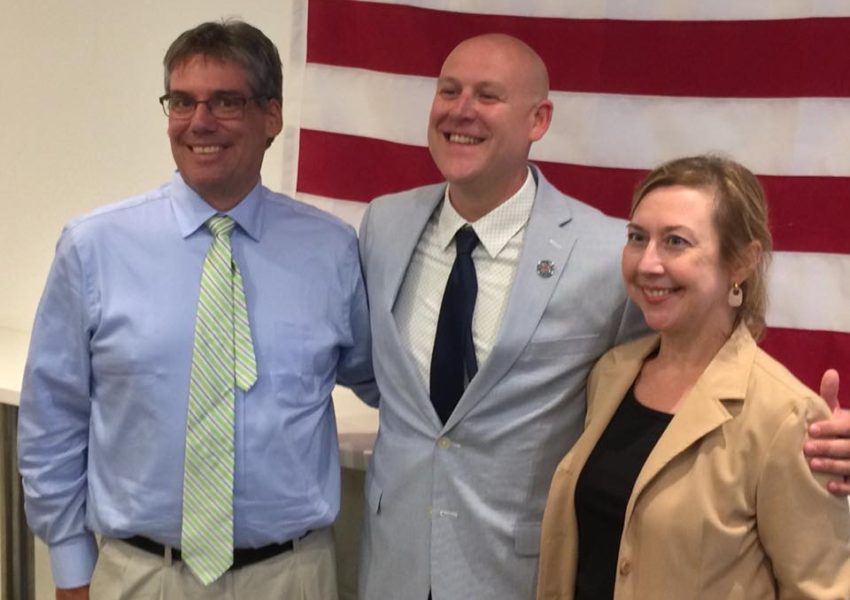 It’s a tough district, but a popular incumbent’s departure always injects uncertainty into any contest.

On Tuesday, the Mercer County GOP and the Hunterdon GOP gathered for a joint convention and chose Justin Tibbetts for the race.

“I’m very humbled and honored to receive the official nomination as LD15 Assembly Candidate,” Tibbetts told supporters on Facebook. “I look forward to working with you all in the upcoming months.”

Tibbetts serves on Trenton’s ethics board; he previously served as Vice President of AFSCME Local 2473 for the Mercer County Community College Building Trades and College Safety Officers Union before taking over the Hunterdon County Facilities Division in 2014.

The district hasn’t had a Republican in the legislature since New Jersey Lottery television host Dick LaRossa was defeated by Shirley Turner in 1995.