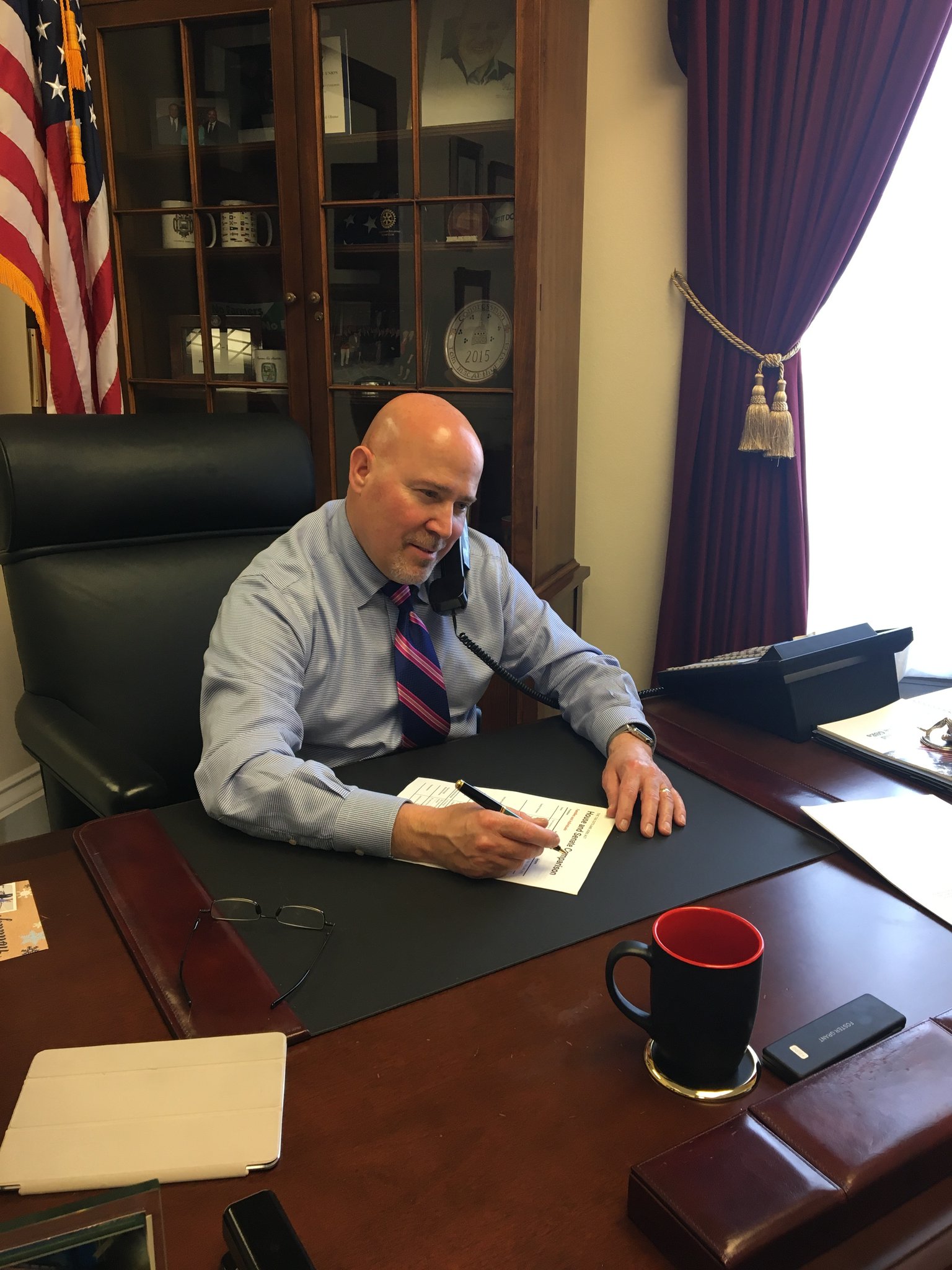 TOMS RIVER, N.J. — Under withering attack from his Democrat opponent Andy Kim and the Media on the health care front, Republican Congressman Tom MacArthur received the support of 104 officials from Burlington and Ocean counties on Friday afternoon.

The officials — all over age 55 — took particular offense with the notion that MacArthur had supported an “age tax” on seniors.

“Contrary to the lies Mr. Kim and his allies continue to push, Congressman MacArthur led the fight in Congress to cut federal taxes for seniors,” the signatories explain. “Tom voted to double the standard deduction, which many seniors take when they file their taxes, and he supported an additional standard deduction of $1,300 for those who are over the age of 65. He also successfully made the medical expense tax deduction more generous. That’s real money back in our pockets.”

“As elected officials, we have a responsibility to be honest with those we represent, many of whom are seniors. In fact, we are all seniors, or pretty close to it, and we are simply fed up with the negative, false campaign Andy Kim and his allies are running. Every day, residents mention the negative attacks against Congressman Tom MacArthur that are flooding their mailboxes and airwaves, and we want to take this opportunity to set the record straight.

Mr. Kim and his supporters continue to falsely attack Congressman MacArthur, saying that he voted for an “age tax”. Independent fact-checkers at PolitiFact recently judged these attacks as not true. They also pointed out that the so-called “age tax” in these ads doesn’t refer to a tax at all and has nothing to do with those on Medicare or those who get their health insurance through their employer. Mr. Kim and his allies completely ignore the fact that our Congressman has been a leader in trying to reduce out-of-control healthcare costs, which have been largely caused by the Affordable Care Act, which Mr. Kim supports. These “age tax” attacks are a scare tactic, plain and simple, and Andy Kim ought to be ashamed of himself for pushing this false claim.

Contrary to the lies Mr. Kim and his allies continue to push, Congressman MacArthur led the fight in Congress to cut federal taxes for seniors. Tom voted to double the standard deduction, which many seniors take when they file their taxes, and he supported an additional standard deduction of $1,300 for those who are over the age of 65. He also successfully made the medical expense tax deduction more generous. That’s real money back in our pockets.

While Mr. Kim supported a $700 billion dollar cut to Medicare and even supports a plan that could eliminate Medicare Part D, our Congressman was named a “Champion of Medicare” by the Coalition for Medicare Choices – and for good reason. He always votes to protect Medicare and Social Security. Tom’s bill, the SENIOR Communities Protection Act, which cracks down on criminals who defraud Medicare to flood our communities with drugs and misuse Medicare dollars meant for seniors, just passed through Congress and will soon be signed into law. He’s worked with Democrats and the President to bring millions of new Medicare dollars per year to Deborah Heart and Lung Center, so they can continue to provide world-class care to South Jersey seniors.

Tom also worked with both Democrats and Republicans to increase funding to prevent elder abuse. And in the three years he’s been in Congress, Congressman MacArthur and his office have an incredible reputation for helping those who reach out for assistance. We know this because he has helped our families, friends, and neighbors – and even some of us.

Congressman MacArthur is not afraid to work across the aisle to get things done for our district. It’s why he was again named in the top ten percent of bipartisan lawmakers in Congress, by the nonpartisan Lugar Center. We know Tom. He’s there for us and we are there for him. The undersigned will be working tirelessly to spread the word about Tom’s accomplishments for older constituents like us. We encourage Mr. Kim to drop the negativity and lies. We have been around a while and we can see right through it.”

Signed by 104 elected officials from Burlington and Ocean Counties over the age of 55: