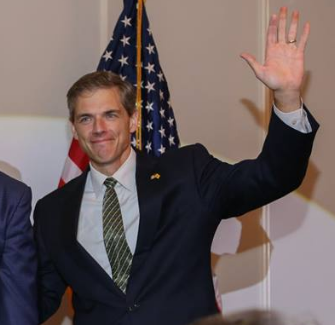 Jay Webber is running for Assembly again in LD26.

The conservative legislator lost his NJ-11 bid for Congress to Mikie Sherrill, actually losing his home legislative district to the Democrat in a larger-than-expected win for Sherrill. North Jersey Democrats sense opportunity this cycle, and Webber can’t expect help from his Republican running mate-in-name-only (Betty Lou DeCroce) who trashed Webber in the NJ-11 GOP primary.

Not long after news of his reelection intentions broke, however, but Webber informed his social media following that vandals allegedly struck on his property overnight: